As a group, Rio Grande Urology shares a sense of obligation and culture. Its leaders have embraced an integrative model approach and sees the advantages of it.

A group practice that adopts an eat-what-you-kill mentality in which compensation is grounded in activity-based cost-accounting practices, can benefit even more by expanding its collaborative and cooperative efforts. In eat what you kill, physicians are paid based on how much revenue they produce and expenses are paid individually.

An advantage of this mentality is that it combats the issue of medical group inertia, which is brought on by unproductive and uncompensated activities related to financial squabbling. The bickering and sniping can drag group morale down, along with income levels. Physicians, who are generally highly independent people, can get caught in the doctrines and quirks of group dynamics that run counter to their natures.

This philosophy won’t work for groups that lack a shared sense of obligation and culture.

As a group, Rio Grande Urology shares a sense of obligation and culture. Its leaders have embraced an integrative model approach and sees the advantages of it. It was formed by 4 urology practices merging to build a main campus that houses the cancer center and radiation therapy center. The group includes 16 physicians, 4 mid-level practitioners, and over 130 employees in El Paso, Texas, and Las Cruces, New Mexico.“The integrative practice makes everything centralized,” said Jeffrey Spier, MD, managing partner. “It’s a model that we’re building upon. The future of medicine reduces duplication of services, so we’re seeing a lot of cuts in test ordering. Patients are noticing an increase in the seamless care that we provide.”

There were a number of reasons that partnering with a gynecologic oncologist made sense, said Spier. He points toward the radiation model, which helps to draw the entire group together. “First, many of gynecology oncologist’s patients receive radiation therapy, and his practice is in the same complex as our radiation center. This enhances our collaborative efforts. Second is the convenience factor for his patients. They are able to have access to consultants, including medical oncology and our radiation oncologist, as well as imaging options that include computed tomography and ultrasound located on the same campus. And third, the gynecologic oncologist can continue to teach in the academic setting, but maintain a private practice.”

The collaboration can also open up future opportunities. “We have begun using high-dose rate (HDR) radiotherapy for pelvic tumors that involve different types of gynecological cancers. The capacity to collaborate revolves around that cancer front,” said Spier.

The integrative mindset has taken hold across the country, said Spier, whose partners have bought into this group structure. Going back to a solo practice or small practice would not be an option, although Spier admits there is greater autonomy associated with a small practice. The collaborative model does require giving up a certain amount of autonomy.

But in today’s healthcare reform environment, a collaborative mindset can improve patient outcomes. He points out, for example, the opportunity to optimize the use of referrals within the practice. “Should I continue to perform a robotic prostatectomy, which I may schedule once monthly, or should I refer to a colleague who has done the procedure hundreds of times? What’s important here is the patient outcome. Leave the ego at the door,” he said.

There are further opportunities for the initial referring urologist, said Spier. “This allows me to open my practice up to more general urology, for example.” In the practice, subspecialization is readily embraced. No one urologist can be the best in all aspects of delivering care, and the structure of the group permits and encourages referrals.

“Originally, our group had a top-down structure, with a CEO at the top,” he said. “It did not work out as well as we hoped because physician involvement in administering and running the practice was lacking. We learned that the practice functions better when physicians have ownership. In the past 2 years, we incorporated a managing partner and medical director. We’ve seen practices that rely solely on administrators, with no physician involvement, slowly go away, and we didn’t want that to happen here.”One of the characteristics of a large practice is the breadth in treatment it brings to men with low- and high-grade prostate cancer.

“Active surveillance has changed the dynamics in low-grade prostate cancer,” said Spier. “We’re seeing greater use of genomic testing that helps clinicians make decisions to benefit the patient. We probably have overtreated patients in the past, but we did not have many of the tools today at our disposal.”

For the patient with high-grade prostate cancer, the establishment of an advanced prostate cancer clinic allows the urologist to treat the patient from the time of diagnosis to the time that hospice has to be arranged, Spier said. “We have promoted the use of a physician champion in which 1 physician manages those patients who are castration-resistant. It cuts down on duplication of services because that physician prescribes the correct medication, understands the diagnostic and therapeutic limitations, and does not overtreat.”

Medical oncologists have a role, said Spier, but “prostate cancer should be and can be treated by those urologists trained in treating prostate cancer. We are not taking the medical oncologist out of the picture, but we feel competent enough to engage in care from start to finish.”In-house pharmacy. The urology group expects to roll out their in-house pharmacy in December. Spier said that Texas has stricter regulations in terms of pharmacist hiring, with a full-time pharmacist onsite. Their specialized pharmacy will be able to dispense oral oncolytics, such as abiraterone and enzalutamide, which will complement treatments already offered, including radium-223 and sipuleucel-T.

Infusion center. Through their partnership with the gynecologist oncologist, Spier expects the group to expand their services to include an infusion center. Eventually, he would like to include docetaxel and chemotherapy for prostate cancer, and, potentially, treatment for other urologic tumors.

Goals for the Future

“The advanced prostate cancer clinic serves as an impetus to explore other centers that can be built—a men’s health clinic, women’s clinics, an infertility clinic. All these centers can be integrated into a large practice.”The group is looking to launch a men’s health clinic to include treatment of erectile dysfunction, benign prostate hyperplasia treatment, and low-testosterone treatment. “We are seeing a lot of ramifications of health clubs treating men with low testosterone levels in our area, especially when these men are not followed appropriately.”

When the partnership with the gynecologic oncologist is ironed out, the group expects to eventually launch a female incontinence clinic to treat overactive bladder and to manage women with pelvic floor dysfunction. Spier views urology as a model for other subspecialties to demonstrate the importance of physician collaboration. He believes that through collaboration, the patient ultimately will benefit.

“We should not feel handcuffed to explore how we can better our practice because expanding our reach will only serve to improve the lives of our patients.” 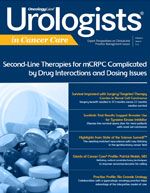