Similar efficacy with the combination of rituximab and lenalidomide coupled with a better safety profile compared with rituximab plus chemotherapy may make the chemo-free regimen a new frontline option for patients with previously untreated follicular lymphoma. 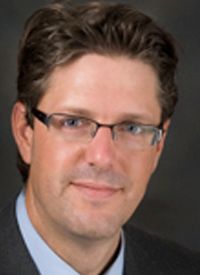 The combination of rituximab (Rituxan) and lenalidomide (Revlimid) showed similar efficacy compared with rituximab plus chemotherapy, which failed to satisfy the primary endpoint for the phase III RELEVANCE trial for patients with untreated follicular lymphoma; however, the chemotherapy-free regimen had a more favorable safety profile, making it a potential first-line option, according to lead investigator Nathan H Fowler, MD, at the 2018 ASCO Annual Meeting.

"Rituximab/lenalidomide was not superior to rituximab/chemotherapy, based on mature CR/CRu analysis. It is very important to know, as we might expect, there are differences in safety profiles between arms," said Fowler, associate professor, The University of Texas MD Anderson Cancer Center. "These results show that lenalidomide/rituximab, which is a novel immunomodulatory approach, is a potential first-line option for patients with FL who require treatment."

The study, which started in 2012, was designed prior to a full understanding of the benefits of the R2 combination, Fowler noted. "In retrospect, this would have been better as a non-inferiority trial, but it was designed with the data that we had,” he said. "We didn't have clear progression-free survival data from any of the phase II trials when this study was designed. All we had was overall response and CR rates."

Baseline characteristics were well-balanced across groups. The median age in both arms was 59 years and two-thirds of patients were ECOG performance status 0. Bulky disease (>7 cm) was found in 42% of those in the R2 group and for 38% in the rituximab/chemotherapy group. FLIPI score was low (15%), intermediate (36% to 37%), and high (48% to 49%). B symptoms were presented for approximately one-quarter of patients.

The rate of grade 3/4 neutropenia was 32% for patients treated with R2 compared with 50% for rituximab/chemotherapy. The grade 4 rates were 8% and 31%, respectively. Just 1% of patients in the R2 arm had an absolute neutrophil count nadir of <100/μL compared with 6% for rituximab/chemotherapy. Moreover, the time to grade 3/4 neutropenia was significantly longer with the chemotherapy-free regimen (3.7 vs 0.6 months).

The development of secondary primary malignancies (SPM) was similar in each arm. In the R2 group, 7% of patients developed an SPM compared with 10% in the rituximab/chemotherapy arm. Invasive SPMs occurred in 5% of patients in each group.

"With this study, we had a prime opportunity to examine second primary cancers. There was no significant difference between each arm," said Fowler. "There was no difference in cause of death between both arms."

Findings from the study were discussed by Bruce D. Cheson, MD, following the presentation of the results at the ASCO meeting. He agreed with Fowler’s assessment of the trial, and suggested that R2 should become an available frontline option.

"Unfortunately, this was designed as a superiority trial and not a noninferiority trial. Therefore, it failed to meet its primary endpoint of superior CR/CRu at 120 weeks," said Cheson, deputy chief, Division of Hematology/Oncology in the Department of Medicine at Lombardi Comprehensive Cancer Center.

"However, R2 showed a similar PFS at 120 weeks in all major patient subgroups, similar overall survival, less non-hematologic toxicity—except for rash&mdash;and less neutropenia, febrile neutropenia, and fewer infections, despite the increased use of growth factors with chemoimmunotherapy," he said. "Therefore, I agree with Dr Fowler's conclusion. R2 can be used as a frontline therapy in patients with follicular lymphoma.”