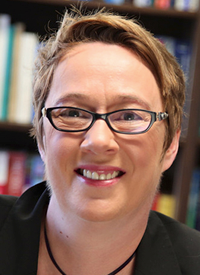 For years, scientists at Roswell Park Comprehensive Cancer Center and the University of Chicago Medicine Comprehensive Cancer Center have devoted themselves to research to better understand ovarian cancer. Although ovarian cancer is relatively rare, the disease remains the fifth deadliest cancer in women and will claim almost 14,000 lives this year. Now teams of researchers from these two leading centers are combining efforts after together securing a nearly $9 million grant from the National Cancer Institute (NCI) to develop new and better treatments for ovarian cancer.

The funds come from a Specialized Program of Research Excellence (SPORE) grant awarded to Roswell Park to support collaborative research across the two centers. The research team will be led by multiple Principal Investigators Kirsten Moysich, PhD, MS, Distinguished Member and Professor of Oncology in the Departments of Immunology and Cancer Prevention and Control at Roswell Park and Kunle Odunsi, MD, PhD, Director of the University of Chicago Medicine Comprehensive Cancer Center, Dean for Oncology in the Biological Sciences Division, and the AbbVie Foundation Distinguished Service Professor of Obstetrics and Gynecology.

There are two projects supported by the grant. One will examine the ovarian tumor microenvironment, the normal cells, molecules and blood vessels that surround a tumor, looking for opportunities to “reprogram” this environment to have a more robust immune response to innovative therapies. The second project will include an early-phase clinical trial to test a new vaccination strategy aimed at teaching immune cells to better recognize each patient’s specific ovarian cancer cells.

“The Ovarian Cancer SPORE enables our teams to conduct innovative translational research that can result in significant progress in improving the outcomes for patients with ovarian cancer,” says Dr. Odunsi. “The combined expertise of our institutions and resources provided by the NCI put us in a prime position to develop novel, more effective therapies.”

“Ovarian cancer is a feared and deadly disease. Efforts like the SPORE are critical in developing new and innovative treatments for women suffering from this illness,” says Kathleen Maxian, President of the Ovarian Cancer Project, SPORE Patient Advocate Committee member and ovarian cancer survivor. “We are incredibly grateful to these institutions and the dedicated researchers who are committed to curing ovarian cancer. Their daunting task shines a light of hope for ovarian cancer patients around the world.”

The SPORE grant will also allow the teams to support recruitment and allotment of several pilot grant awards to new and established investigators who are passionate about studying ovarian cancer. These pilot grants promote foundational research for the next generation of SPORE grants and other large research initiatives. 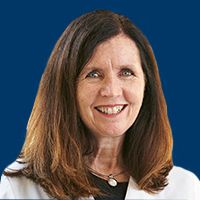 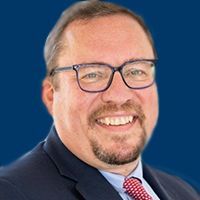