Rovalpituzumab tesirine failed to show an efficacy or safety benefit as a frontline, maintenance, and second-line treatment for patients with advanced small cell lung cancer, warranting its discontinued development. 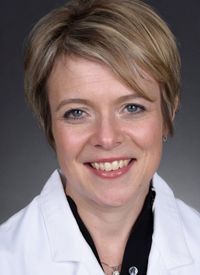 Rovalpituzumab tesirine (Rova-T) failed to show an efficacy or safety benefit as a frontline, maintenance, and second-line treatment for patients with advanced small cell lung cancer (SCLC), warranting its discontinued development, according to findings from 4 independent studies published in the Journal of Thoracic Oncology.1-4

In August 2019, AbbVie, the developer of the antibody-drug conjugate (ADC) discontinued its Rova-T research and development program, which had been evaluating the ADC in patients with SCLC.5

The decision was announced following topline results from the phase 3 MERU trial (NCT03033511), in which Rova-T failed to demonstrate an overall survival (OS) benefit vs placebo as a maintenance therapy following frontline platinum-based chemotherapy in patients with SCLC.1

“Because of the lack of survival benefit in the Rova-T arm, the study did not meet its primary end point and was terminated early,” wrote lead MERU author Melissa L. Johnson, MD, of Sarah Cannon Research Institute, and coinvestigators, in the study publication.

Previously, in December 2018, the phase 3 TAHOE trial (NCT03061812), which had been evaluating Rova-T as a second-line treatment for patients with SCLC, had stopped enrollment following a recommendation from an Independent Data Monitoring Committee. The committee’s recommendation was based on a shorter OS reported in the Rova-T arm vs the control arm of topotecan.2

“Compared with topotecan, which is the current standard second-line chemotherapy, Rova-T exhibited an inferior OS and higher rates of serosal effusions, photosensitivity reaction, and peripheral edema in patients with SCLC,” wrote lead TAHOE author, Fiona Blackhall, MD, PhD, of The University of Manchester, and coinvestigators, in the study publication.

A similar absence of efficacy and safety benefits was reported in prior phase 1 and 2 trials.

In a phase 1/2 trial (NCT03026166), which evaluated Rova-T plus nivolumab (Opdivo) with or without ipilimumab (Yervoy) in patients with previously treated SCLC, the objective response rate (ORR), consisting only of partial responses, was 30% (n = 12/40).3

Moreover, all patients experienced at least 1 treatment-emergent adverse effect (TEAE). The most common TEAE was pleural effusion (n = 20, 48%), and the most common grade 3 or higher TRAE was anemia (n = 9, 21%). Three grade 5 TEAEs that were related to the study drug were pneumonitis (n = 2) and acute kidney injury (n = 1).

“Despite encouraging antitumor activity in previously treated extensive-stage SCLC, combination therapy with Rova-T and nivolumab plus or minus ipilimumab was not well tolerated at the dose levels and administration schedules evaluated,” wrote lead author of the phase 1/2 trial, Jyoti Malhotra, MD, MPH, of Rutgers Cancer Institute, and coinvestigators, in the study publication.

Similarly, in a phase 1 trial (NCT02819999), led by Christine L. Hann, MD, PhD, of Johns Hopkins Medicine, no efficacy benefit was found with the addition of Rova-T to chemotherapy and etoposide in the frontline treatment of patients with SCLC.4

“The Rova-T development strategy is a perfect example of the dangers of moving directly from promising small phase 1 studies to large registrational phase 3 studies without confirming the safety and efficacy data in phase 2 studies. Although this approach has worked for agents targeting oncogenic driver mutations and with some [checkpoint inhibitors], we should not abandon the principles of good drug development with all other agents,” Dipesh Uprety, MD, FACP, and coauthors wrote in an accompanying editorial.6