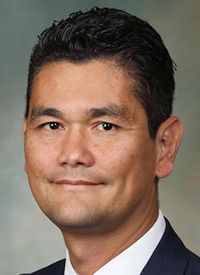 “We believe that the positive results from TRITON3 further demonstrate the important role that [rucaparib] can play as a treatment option for men with metastatic CRPC associated with homologous recombination deficiency, and we look forward to submitting these data to the regulatory authorities in the US during [the first quarter of] 2023,” Patrick J. Mahaffy, president and chief executive officer of Clovis Oncology, stated in a press release.

“Not only does this provide a potential treatment option for eligible men with earlier stage disease, but it is the first and only PARP inhibitor that has demonstrated superior rPFS compared to chemotherapy, which is today the standard of care for these patients.”

In May 2020, the FDA granted rucaparib accelerated approval for the treatment of adult patients with BRCA mutation (germline and/or somatic)—associated metastatic CRPC who have been treated with androgen receptor–directed therapy and a taxane-based chemotherapy, based on prior data from the phase 2 TRITON2 trial (NCT02952534).2

The multicenter, open-label, randomized TRITON3 trial is a confirmation study for the current accelerated approval, and it will also serve as the basis for a supplemental new drug application for label expansion in the United States.

The trial enrolled patients who were at least 18 years old with histologically or cytologically confirmed, chemotherapy-naïve metastatic CRPC harboring a BRCA1/2 or ATM mutation. Patients were also required to be surgically or medically castrated; be eligible for physician’s choice of comparator treatment with abiraterone acetate (Zytiga), enzalutamide (Xtandi), or docetaxel; and have disease progression following treatment with 1 next-generation androgen receptor–targeted therapy.3

Key exclusion criteria included an active second malignancy except for non-melanoma skin cancer, carcinoma in situ, or superficial bladder cancer; prior treatment with a PARP inhibitor; prior chemotherapy for metastatic CRPC; or symptomatic and/or untreated central nervous system metastases.

Regarding safety, findings from TRITON3 were consistent with rucaparib labeling. The most common treatment-emergent adverse effects (TEAEs) of grade 3 or higher for patients treated with rucaparib on the study included anemia/decreased hemoglobin (23.7%), neutropenia/decreased neutrophil count (7.4%), asthenia/fatigue (7.0%), thrombocytopenia/decreased platelet count (5.9%), and increased ALT/AST (5.2%).

TEAEs led to treatment discontinuation in 14.8% of patients who received rucaparib compared with 21.5% of patients in the control arm.

“Men with this type of metastatic prostate cancer want to get their genetically targeted therapy as early as possible, and this trial clearly shows the value of rucaparib as a treatment for these men,” Alan H. Bryce, MD, chair of the Division of Hematology and Medical Oncology at the Mayo Clinic and principal investigator of the TRITON3 trial, stated in a press release. “A key point is that rucaparib can replace chemotherapy in this setting. The current standard of care for these men is chemotherapy with docetaxel, and rucaparib is the only PARP inhibitor which has beaten a docetaxel-containing control arm in a clinical trial.”