Prithviraj Bose, MD, discusses the high unmet need in post-myeloproliferative neoplasms acute myeloid leukemia and the impact of findings from the phase I/II trial on current and future treatment strategies in the space. 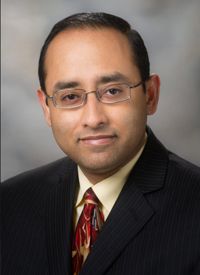 Prithviraj Bose, MD, associate professor in the Department of Leukemia of the Division of Cancer Medicine at The University of Texas MD Anderson Cancer Center

The combination of ruxolitinib (Jakafi) and decitabine is a viable alternative to intensive chemotherapy with comparable response rates in patients with post-myeloproliferative neoplasm (MPN) acute myeloid leukemia (AML), according to findings from a phase I/II study.

Patients with post-MPN AML have a poor prognosis, but those who are able to achieve complete remission (CR) or CR with incomplete count recovery (CRi) prior to allogeneic stem cell transplant tend to have the best outcomes, said lead study author, Prithviraj Bose, MD, who added that the combination, although not practice-changing, provides an additional and perhaps more convenient option for patients.

“The regimen is easy to deliver. The combination is given in an outpatient setting, so patients don't have to be admitted,” said Bose. “It's definitely a more deliverable regimen [to administer] in a predominantly older population.”

In an interview with OncLive, Bose, associate professor in the Department of Leukemia of the Division of Cancer Medicine at The University of Texas MD Anderson Cancer Center, discussed the high unmet need in post-MPN AML and the impact of findings from the phase I/II trial on current and future treatment strategies in the space.

OncLive: Could you discuss the unmet need in post-MPN AML?

Bose: Prognosis is extremely poor [in this population]. Nothing has been proven to work in a high percentage of patients, so there is no real standard of care. The only intervention that helps a minority of these patients, those who achieve remission, is intensive chemotherapy followed by an allogeneic stem cell transplant. [This approach] is kind of a long shot because it’s difficult to achieve remission. Only patients who achieve remission with intensive chemotherapy and then go on to have a successful allogeneic transplant achieve long-term survival. There are a lot of “ifs.” Many things have to fall into place.

Eight new drugs were approved in AML in 2017 and 2018; however, patients with post-MPN AML were excluded from the pivotal trials that led to their approvals. Some of these drugs are irrelevant because some of them are FLT3 or IDH inhibitors, which are only indicated for patients with [FLT3 and IDH mutations]. However, if you look at the drugs that are not geared toward molecular subsets, such as CPX-351 (Vyxeos) or venetoclax (Venclexta), those pivotal trials did not include patients with post-MPN AML either.

What was the rationale to evaluate the combination of ruxolitinib and decitabine?

Broadly speaking, ruxolitinib works in patients with MPNs. The agent is approved for use in patients with myelofibrosis and polycythemia vera, and it’s the best drug we have for those with MPNs in terms of spleen and symptom [reduction]. Farhad Ravandi-Kashani, MD, of The University of Texas MD Anderson Cancer Center, and others evaluated ruxolitinib alone in patients with post-MPN AML and showed a response rate of around 18%.

In the United States, decitabine is widely used in patients with AML, particularly in older patients, and it is approved for use in Europe. Since the approval of venetoclax, which is indicated for use in combination with decitabine or azacitidine, decitabine has become more widespread. The combination made sense in that regard. Also, the group at Memorial Sloan Kettering Cancer Center showed synergy between these 2 drugs in the laboratory in post-MPN AML sample cells.

Did the approval of venetoclax impact enrollment for the trial?

Yes. We were doing well until the frontline approval [of venetoclax and decitabine occurred], even though the pivotal study didn’t include patients with post-MPN AML. Regardless of that fact, the popularity of this regimen, its recent approval, and the high response rate in older patients with AML definitely contributed to us not being able to continue accrual to this study.

This is why after 29 patients and a number of months of no additional accrual, we decided to close the study.

What were the results prior to closing the study?

The results were sort of expected. Ruxolitinib is oral and decitabine is given intravenously 5 days a month. The infusion time [for decitabine] is 1 hour, which makes things easier for patients.

The median survival [with the combination] was 7 months, which is not particularly encouraging. I would not necessarily call it an advance, because it's not better than what has been historically reported, but it is an alternative to chemotherapy. The outcomes are the same with the combination versus chemotherapy as long as patients achieve remission, because if they do, you can proceed with allogeneic stem cell transplant. The combination may be an easier way to get patients into remission, although the overall outcome is [still] very bleak.

Did the results differ among the mutational subsets?

We annotated that at baseline, but we didn’t really see differences in responses among patients with particular molecular alterations. p53 [mutations are] very common in [patients with] post-MPN AML; it [occurs in] around 30% [of cases]. Although [these mutations are] very uncommon in chronic-phase MPNs, [they] become quite common in post-MPN AML. JAK2 is highly prevalent in patients with chronic-phase MPNs, but it's often lost when the disease transforms into AML. In post-MPN AML, JAK2 is often gone even though it was present in chronic phase; however, it could remain in some patients. I don't believe we can say that the regimen has any differential effects based on mutation status.

How was the combination tolerated? Were there any notable adverse events (AEs)?

This is a very well-tolerated combination. Even though we evaluated a very high dose of 50 mg of ruxolitinib twice daily, we did not see any dose-limiting toxicities, and it ended up being our recommended phase II dose. In the phase I portion, we conducted [the protocol] in the usual 3+3 fashion, and we did not see any dose-limiting toxicities; this allowed us to go up to 50 mg twice daily. That’s unheard of in chronic-phase MPNs where we never go above 25 mg. With decitabine, we kept the standard, approved dose in AML; we didn't try to de-escalate or escalate the dose. We did not see any concerning AEs.

What is the take-home message from this research? Are any next steps planned?

The take-home message is relatively limited. This does not establish a new standard of care. We have to build upon this combination. We have some ideas involving bromodomain inhibitors and LSD1 inhibitors, and with drugs that have shown activity in chronic-phase myelofibrosis and are synergistic with ruxolitinib in the laboratory against post-MPN cells. These drugs need to be tested with a backbone of ruxolitinib and decitabine.