The combination of canakinumab plus docetaxel failed to significantly improve overall survival in patients with locally advanced or metastatic non–small cell lung cancer whose disease has progressed while on, or after, prior platinum-based chemotherapy and a PD-L1 agent, missing the primary end point of the phase 3 CANOPY-2 trial. 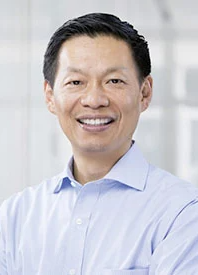 The combination of canakinumab (ACZ885) plus docetaxel failed to significantly improve overall survival (OS) in patients with locally advanced or metastatic non–small cell lung cancer (NSCLC) whose disease has progressed while on, or after, prior platinum-based chemotherapy and a PD-L1 agent, missing the primary end point of the phase 3 CANOPY-2 trial (NCT03626545).1

Novartis, the drug developer, will be working with the study investigators to examine the findings and they anticipate submitting the data for presentation at an upcoming medical conference, according to a press release.

“While results from the CANOPY-2 trial are not what we hoped for in patients with advanced or metastatic NSCLC who have been treated with other lines of therapy, these data give us valuable insights into interleukin-1beta [IL-1β] inhibition,” John Tsai, MD, head of Global Drug Development and chief medical officer of Novartis, stated in a press release. “Ongoing phase 3 studies in NSCLC continue, evaluating canakinumab in earlier treatment settings. We sincerely thank patients and clinical investigators involved in the CANOPY-2 study for their partnership.”

A human monoclonal antibody that was developed to bind with high affinity and selectivity to human IL-1β, canakinumab neutralizes IL-1β activity by inhibiting its interaction with its receptors. Through the neutralization of IL-1β, the agent hinders protumor inflammation (PTI) to both strengthen antitumor immune response and to decrease the proliferation, survival, and invasiveness of tumor cells; canakinumab also damages angiogenesis.

In CANOPY-2, investigators set out to examine the first-in-class IL-1β inhibitor of PTI in combination with docetaxel in 237 patients with advanced NSCLC who had prior treatment with PD-L1 inhibitors and platinum-based chemotherapy.2

To be eligible for inclusion, patients had to have histologically confirmed advanced (stage IIIB) or metastatic NSCLC, have previously received 1 platinum-based chemotherapy and 1 PD-L1 inhibitor for locally advanced or metastatic disease, have an ECOG performance status of either 0 or 1, and at least 1 evaluable lesion per RECIST v1.1 criteria.

Any patient who had received prior docetaxel, canakinumab, or any other systemic treatment for their locally advanced or metastatic disease beyond 1 platinum-based chemotherapy and 1 prior PD-L1 agent, could not participate. Moreover, if patients had tumors that harbored EGFR mutations or ALK aberrations, or if they had a history of severe hypersensitivity reaction to monoclonal antibodies, taxanes, or excipients of either docetaxel or canakinumab, they were excluded.

In the trial, participants received subcutaneous canakinumab at the recommended phase 3 dose defined in the safety run-in portion of the trial plus intravenous docetaxel at a dose of 75 mg/m2 every 3 weeks.

Two other phase 3 CANOPY trials will continue as planned, according to Novartis. In the phase 3 CANOPY-1 trial (NCT03631199), investigators are examining canakinumab in combination with pembrolizumab (Keytruda) and platinum-based doublet chemotherapy in the frontline treatment for patients with locally advanced or metastatic NSCLC.3

Here, patients had to have histologically confirmed, locally advanced, stage IIIB or stage IV NSCLC for treatment in the first-line setting, known PD-L1 status, an ECOG performance status of 0 to 1, and at least 1 measurable lesion per RECIST v1.1 criteria. If they previously received immunotherapy, canakinumab or drugs of a similar mechanism of action, had EGFR or ALK aberrations, or they had previously untreated or symptomatic central nervous system metastases or leptomeningeal disease, they were excluded.

The primary end points of the safety run-in portion of the trial are incidence of DLTs, and progression-free survival as well as OS in the double-blind, randomized portion of the research. Secondary objectives include ORR, DCR, DOR, and time to response, among others.

In the phase 3 CANOPY-A trial (NCT03447769), investigators are examining canakinumab as an adjuvant treatment, following surgical resection and cisplatin-based chemotherapy in patients with NSCLC.4

Patients had to have completely resected NSCLC and must have recovered from all toxicities associated with previous systemic treatment to participate; they also needed to have an ECOG performance status of 0 or 1. If they had unresectable or metastatic disease, received neoadjuvant chemotherapy or radiotherapy, had malignant disease or a history of such disease, or a history or current diagnosis of cardiac disease, they were excluded.

Participants are receiving canakinumab for 18 cycles vs placebo. The primary end point of the trial is disease-free survival, while secondary end points include OS, lung cancer–specific survival, and more.

3. Study of efficacy and safety of pembrolizumab plus platinum-based doublet chemotherapy with or without canakinumab in previously untreated advanced or metastatic non-squamous and squamous NSCLC subjects (CANOPY-1). ClinicalTrials.gov. Updated December 14, 2020. Accessed March 9, 2021. https://clinicaltrials.gov/ct2/show/NCT03631199