The addition of avasopasem manganese to stereotactic body radiation therapy led to a significant improvement in overall survival and favorable progression-free survival versus SBRT plus placebo in patients with locally advanced pancreatic cancer. 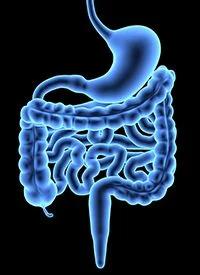 The addition of avasopasem manganese (GC4419) to stereotactic body radiation therapy (SBRT) led to a significant improvement in overall survival (OS) and favorable progression-free survival (PFS) versus SBRT plus placebo in patients with locally advanced pancreatic cancer, according to interim data from a phase 1/2 trial (NCT03340974) that were presented virtually during the 2020 ASTRO Annual Meeting.1,2

“This is the first clinical data assessing the anti-cancer activity of one of our dismutase mimetics, and we are encouraged by this analysis of the initial cohort which suggests a meaningful survival benefit in pancreatic cancer,” said Mel Sorensen, MD, President and CEO of Galera.2

Avasopasem manganese is a highly selective small molecule superoxide dismutase mimetic that is designed to convert superoxide to hydrogen peroxide and oxygen. In preclinical models, these agents have demonstrated anticancer activity.

In March 2018, the FDA granted fast track and breakthrough therapy designations to avasopasem manganese for the reduction of radiotherapy-induced severe oral mucositis.

Regarding baseline characteristics, patients in the investigational arm were slightly older, with a median age of 72 years versus 68 years in the control arm. The duration of prior chemotherapy was a median 21.9 weeks and 17.9 weeks in the placebo and avasopasem manganese/SBRT arms, respectively. Across both arms, the median CA19-9 level was approximately 27, and few patients were smokers.

The trial was divided into single-center and multicenter (n = 23) cohorts, the latter of which also included patients with borderline resectable disease. The single-center cohort was the focus of this presentation.

Results also showed that the best response rate was 54% with avasopasem manganese versus 13% with SBRT/placebo.

The median duration of local regional control was not reached (NR) with avasopasem manganese/SBRT versus 15 weeks with SBRT/placebo (HR, 0.10; P = .051). Moreover, the time to distant metastasis was more than doubled with the addition of avasopasem manganese, at 34.7 weeks versus 12.7 weeks with SBRT/placebo (HR, 0.40; P = .068).

Regarding safety, the incidence of acute (≤90 days) or late (91-365 days) grade 3 or higher acute adverse effects (AEs) post SBRT was comparable between arms, occurring in approximately 5% and 8% of patients, respectively.

“LAPC is a devastating diagnosis with limited treatment options. By combining our investigational dismutase mimetics with SBRT, we believe we have an opportunity to improve tumor response and survival outcomes,” concluded Sorensen.