Selinexor resulted in lower rates and slower worsening of pain in patients with advanced unresectable dedifferentiated liposarcoma vs placebo, and may represent a novel option to provide convenience, improved adherence, and reduced caregiver burden vs existing parenteral therapies.

Selinexor (Xpovio) resulted in lower rates and slower worsening of pain in patients with advanced unresectable dedifferentiated liposarcoma (DDLPS) vs placebo, and may represent a novel option to provide convenience, improved adherence, and reduced caregiver burden vs existing parenteral therapies, according to findings from a health-related quality of life (HRQoL) analysis from the phase 3 SEAL trial (NCT02606461) published in Future Oncology.1

Results indicated that pain scores worsened in the placebo arm vs the selinexor arm across all post-baseline visits, although the differences observed regarding the visits on day 43 and 85 were not determined to be statistically significant.

Although the scores were found to gradually deteriorate across the arms, no significant differences were noted across the groups starting at day 127 in terms of physical function and at day 85 for role function or global health/QoL.

“The phase 3 SEAL study suggests that selinexor has enhanced clinical activity and a manageable safety profile in patients with DDLPS, a very rare and aggressive form of cancer where there are very few treatment options available. In addition to meetings its primary end point with a statistically significant improvement in progression-free survival [PFS], treatment with selinexor also resulted in improvements in key QoL parameters as compared with patients who were treated with placebo,” Jatin Shah, MD, chief medical officer at Karyopharm, stated in a press release.2

In the multicenter, double-blinded, placebo-controlled SEAL study, investigators examined the safety, efficacy, and HRQoL of oral selinexor in comparison with matching placebo in a total of 342 patients with advanced and metastatic DDLPS that progressed following at least 2 previous therapies. If patients had other subtypes of liposarcoma or had known central nervous system metastases, they were excluded from the analysis.

Study participants were randomized 2:1 to receive treatment with selinexor at a dose of 60 mg or matching placebo, which was delivered twice weekly in 6-week treatment cycles. Patients were stratified by previous use of eribulin (Halaven) or trabectedin (Yondelis) and the number of previous systemic therapies received (2 vs 3 or more). Treatment was given until progressive disease, discontinuation, or intolerable toxicities were experienced. Notably, after disease progression was confirmed, patients were permitted to cross over from the placebo arm to received selinexor.

The primary objective of the trial was PFS per independent review committee assessment.

The most frequently experienced toxicities with selinexor included nausea, anorexia, and fatigue; notably, most were determined to be reversible and could be mitigated through the use of standard supportive care. Notably, cytopenia was uncommon with the agent.

In the PRO population, age, sex, race, and ethnicity at baseline was noted to be well balanced between the 2 treatment arms. The median age of patients was 65 years (range, 33-84) and 62.1% were male. The majority of patients, or 77.7%, were White and had received at least 1 concomitant pain or steroid medication (75.4%) at any point during the study. The number of patients who received concomitant steroids was noted to be higher in the investigative arm vs the control, at 43.5% vs 19.3%, respectively. The majority (71.2%) of those who received selinexor and concomitant steroids received low-dose dexamethasone.

Moreover, at baseline, pain scores were significantly higher in the investigative arm vs the control arm, at 28.27 vs 20.27, respectively (P = .0264). The median tumor burden at baseline was 156.2 mm in diameter and no significant difference in burden was noted between the 2 treatment arms.

The percentage of patients who received selinexor who experienced a worsening of pain proved to be lower than those who were given placebo, at 27.1% vs 40.8%, respectively. Moreover, at day 43, percentage of patients on the investigative arm who were found to have an improvement in pain was higher than the number of those on the control arm, at 28.5% vs 15.5%, respectively (P = .0458). Although these trends were reported for day 85, 127, and 169, they were not determined to be statistically significant.

Additionally, those on the investigative arm who experienced worsening of symptoms proved to be higher than that observed in the control arm in terms of physical function at day 43, at 36.4% vs 15.7%, respectively (P = .0070). Notably, however, these data become insignificant following day 85 for both pain (P = .0532) and physical functioning (P = .0587).

More patients on the placebo arm experienced definitive deterioration in QLQ-C30 pain scores than those on the selinexor arm, at 43.2% vs 34.5%, respectively. The median time to definitive deterioration (TDD) was 8.4 months in the selinexor arm vs 2.9 months in the placebo arm (adjusted HR, 0.50; 95% CI, 0.32-0.77; P = .0016). No significant differences in the RDD for physical function, role function, or global health/QoL scores were reported.

“The results highlight that the reduction in tumor growth, as measured by objective radiographic PFS, is accompanied by clinically important reductions in pain, with minimal effects on other aspects of QoL,” Shah added in the release. “Since pain is one of the most devastating symptoms associated with advanced and progressing DDLPS, the significant reduction in pain, and a delay in the time to definitive deterioration reported by patients in the selinexor arm, combined with the convenience of an orally administered therapy, could represent a meaningful clinical benefit to patients.” 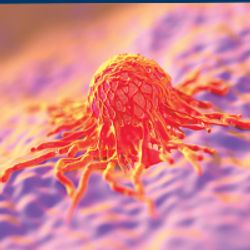