Results showed that treatment with twice-weekly selinexor resulted in a 30% reduction in the risk of disease progression or death versus placebo (HR, 0.70; P =.023). Notably, the trial permitted patients who experienced objective progression on the placebo arm to cross over to the selinexor arm. A trend toward an improvement in median overall survival (OS) was also observed in those who received selinexor compared with those who were given placebo and never crossed over to the investigational arm.

Moreover, the toxicity profile of selinexor proved to be in line with what had been reported in prior clinical trials. However, fewer hematologic and infectious toxicities were observed in this trial compared with other trials examining the agent in patients with multiple myeloma or diffuse large B-cell lymphoma (DLBCL).

Additional data from the trial will be presented during the Connective Tissue Oncology Society (CTOS) Annual Meeting, according to Karyopharm Therapeutics, Inc.

“We are delighted to share these significant top-line results from the phase 3 portion of the SEAL study, the first, late-stage clinical data for [selinexor] in a solid tumor indication,” Sharon Shacham, PhD, MBA, president and chief scientific officer of Karyopharm, stated in a press release. “The top-line results from the SEAL study are particularly encouraging as advanced dedifferentiated liposarcoma represents a very difficult-to-treat cancer with no established standard of care and limited treatment options available to patients. [Selinexor] may be particularly promising as it represents the first oral therapy to show activity in patients with previously treated liposarcoma.”

In the randomized, double-blind, placebo-controlled, multicenter phase 2/3 study, investigators set out to examine the safety and efficacy of selinexor, delivered at a fixed dose of 60 mg twice weekly, in patient with advanced unresectable dedifferentiated liposarcoma after at least 2 previous therapies. Treatment with selinexor was administered twice weekly on day 1 and day 3 during weeks 1-6 of each 6-week cycle until either progressive disease or unacceptable toxicity.2

To be eligible for participation on SEAL, patients had to be 12 years of age or older, had a body surface area of 1.2 m2 or more, and histologic evidence of dedifferentiated liposarcoma at any time before randomization, along with current evidence of dedifferentiated liposarcoma requiring therapy. Additionally, patients had to have measurable disease per RECIST v1.1 criteria and radiologic evidence of disease progression within 6 months prior to randomization. Patients also had to have received at least 2 previous lines of systemic treatment for liposarcoma, but no more than 5 prior lines.

If patients had well-differentiated liposarcoma, myxoid/round cell or pleomorphic tumor histologic subtypes, they could not participate. Additionally, those with known active hepatitis B, hepatitis C, or human immunodeficiency virus were not eligible, nor were those with central nervous system metastases.

A total of 57 patients were enrolled on the phase 2 portion of the trial; they were randomized 1:1 to receive either selinexor or placebo. In the phase 3 portion of the research, approximately 285 patients were enrolled and were randomized in a 2:1 fashion to selinexor or placebo. Participants who experienced disease progression during the blinded portion of the trial were unblinded. Those on the placebo arm were able to cross over to open-label selinexor, while those on the selinexor arm were withdrawn from further treatment and followed for survival.

“We look forward to presenting the detailed results at the upcoming CTOS Annual Meeting and plan to submit a new drug application (NDA) to the FDA in the first quarter of 2021 requesting the approval of [selinexor] to treat the patient population studied in SEAL,” added Shacham. “If approved, [selinexor] would represent the first oral, non-chemotherapy agent available for patients with dedifferentiated liposarcoma.”

The findings from the SEAL trial provide the rationale to examine selinexor in other solid tumors, such as endometrial, glioblastoma, and lung cancers, among others, according to Shacham. Several trials are ongoing.

In July 2019, the FDA granted an accelerated approval to selinexor for use in combination with dexamethasone in adult patients with relapsed/refractory multiple myeloma who have received 4 or more previous therapies and whose disease is refractory to 2 or more proteasome inhibitors, 2 or more immunomodulatory agents, and a CD38-targeted monoclonal antibody. More recently, in June 2020, the regulatory agency gave the green light to selinexor for use in adult patients with relapsed/refractory DLBCL, not otherwise specified, including DLBCL arising from follicular lymphoma, following at least 2 lines of systemic treatment.

Additionally, Karyopharm has submitted a supplemental NDA to the FDA for the use of selinexor in patients with multiple myeloma following at least 1 line of prior therapy based on data from the phase 3 BOSTON trial (NCT03110562). 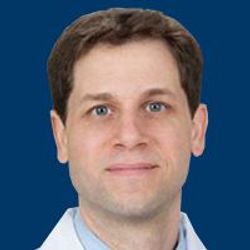 Dr. Abdul Razak on Initial Findings With Durvalumab Plus Olaparib or Cediranib in Leiomyosarcoma 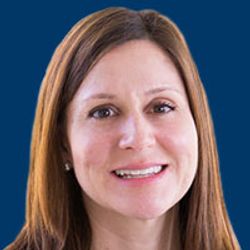