Alexander Drilon, MD, discusses key efficacy and safety data for selpercatinib from LIBRETTO-001, how the FDA approval of selpercatinib affects the current treatment landscape for RET fusion–positive advanced solid tumors, and ongoing research to expand the reach of tumor-agnostic drugs. 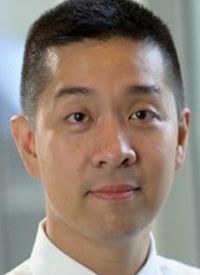 Recent FDA approvals for the RET kinase inhibitor selpercatinib (Retivmo) in RET fusion–positive non–small cell lung cancer (NSCLC) and for those with solid tumors bolsters efforts to expand the use of tumor-agnostic drugs in early-stage treatment, according to Alexander Drilon, MD.

On September 21, 2022, the FDA granted regular approval to selpercatinibfor adult patients with RET fusion–positive, locally advanced or metastatic NSCLC.1 Selpercatinib was also granted accelerated approval for adult patients who have locally advanced or metastatic RET fusion–positive solid tumors who have either received or progressed on previous systemic treatment, or have no appropriate treatment alternatives.2

“[Selpercatinib] is the fifth biomarker [to be] granted a tumor-agnostic indication by the FDA,” Drilon said. “Now that we’re seeing a regulatory agency [approve] this strategy of treating patients based on a particular driver oncogene or genomic signature immunotherapy predictive signature regardless of [solid tumor] type, [others may follow suit.]”

In an interview with OncLive®, Drilon discussed key efficacy and safety data for selpercatinib from LIBRETTO-001, the effect of its approval on the current treatment landscape for RET fusion–positive advanced solid tumors, and ongoing research focused on expanding the reach of tumor-agnostic drugs in the adjuvant and/or neoadjuvant setting. Drilon is chief of the Early Drug Development Service at Memorial Sloan Kettering Cancer Center, in New York, New York.

OncLive®: What is the advantage of selpercatinib compared with previous RET kinase inhibitors in treating patients with RET fusion–positive solid tumors?

Drilon: Prior RET inhibitors [were mainly] multikinase inhibitors [such as] cabozantinib [Cabometyx], vandetanib [Caprelsa], and lenvatinib [Lenvima]. Those drugs inhibited RET to some degree, but also [displayed] off-target inhibition of non-RET kinases [such as] VEGF-R2, EGFR, and c-KIT, which has been associated with [adverse effects (AEs)]. The advantage with Selpercatinib and its cousin drug pralsetinib [Gavreto] is that both agents were designed to be much more selective, [allowing patients to] avoid [those AEs].

What were the key efficacy data from the LIBRETTO-001 trial?

The ORR in the 41 patients that were treated was 44%, and [4.9%] had CRs. Most [patients] benefited from [selpercatinib] with [an approximate] 7% rate of primary progression [according to] independent review. Durability was [also] good; the longest ongoing response is approaching 4 years. The median DOR was 24.5 months and median PFS was 13.2 months. Overall survival [OS] had not been reached [at the time of follow-up].

As a point of reference, the tumor-agnostic data published for pralsetinib had a [slightly] higher ORR of 57%. [However,] the durability was numerically lower, with a median DOR of 12 months, [median] PFS of 7 months, and a [median] OS that reached 14 months.

Is there anything important to note about these results?

The tumor-agnostic dataset from LIBRETTO-001 [is from] a population with a median age of 53 [years]. It’s important to [note] that this dataset did not include lung cancers or thyroid cancers with RET alterations, because those populations already had prior approvals for RET fusion–positive thyroid or RET-mutant thyroid cancers.

The tumor [types] included in the regulatory dataset represented a mix of several different cancer types. The most common ones were gastrointestinal [GI] cancers, [such as] pancreatic cancer and colorectal cancer. The majority of these patients were pretreated with a median of 2 prior lines of therapy. Most of that was chemotherapy, but several [patients also] received older kinase inhibitors.

What is notable about the safety profile of selpercatinib?

[Although] selpercatinib and pralsetinib are both selective RET inhibitors, there is a difference in their [AE] profiles. [Selpercatinib is associated with some] common drug-related [AEs such as] dry mouth, fatigue, GI symptoms, [aspartate aminotransferase] AST or [ alkaline phosphatase] ALP elevation. Edema has also been noted. Some of these [AEs, such as] GI symptoms, transaminitis, and fatigue, are also seen with pralsetinib. However, pralsetinib also inhibits JAK, [which can cause] neutropenia and anemia to be more common.

[Additionally,] hypersensitivity is a rare AE [associated] with selpercatinib that [could also] occur with any other tyrosine-kinase inhibitor [TKI]. We often see this pattern in [patients who] may have [received] immunotherapy in the past [before switching to] the TKI. [There is] a higher frequency of [AEs] with a TKI, including hypersensitivity, but these generally would not deter me from using either drug in any patient. In comparison to the older drugs that we had, these newer agents are much more tolerable long-term. I have some patients who have been on selpercatinib for several years now and are still ongoing. [Their] scans look great, and they continue to feel [good].

How might the approval of selpercatinib affect the current treatment landscape for patients with advanced solid tumors?

It’s hard to comment on [the affect of this approval for] every single histology given that it’s a tumor-agnostic approval, but outcomes [with selpercatinib] were reasonable [across solid tumor type], even in the non-lung and non-thyroid tumors. For example, the ORR in pancreatic cancer alone is [approximately] 55%, [and the ORR] in salivary cancer is 50%. [Therefore,] it’s reasonable to use this agent or another selective RETTKIs early in the disease course, perhaps even prior to exploring chemotherapy [if feasible.]

For lung cancers and other oncogene cancers, the preference is to use targeted therapy upfront, [because we want to use] our best agent as ifrst-line therapy in patients who are treatment-naïve with advanced or metastatic disease. You can make that argument for other cancers as well, [although] you’d have to consider what [ agents are] approved for those cancers. [Ultimately], we hope that the FDA approval of selpercatinib extends to many other cancers where neoadjuvant or adjuvant therapy might be of use, such as the early-stage, nonmetastatic front.

What ongoing research on tumor-agnostic drugs would you like to highlight?

There are ongoing trials looking at neoadjuvant and/or adjuvant selective RET tyrosine kinase inhibition [using] selpercatinib. One adjuvant trial [is currently evaluating] selpercatinib vs placebo in [patients with] early-stage lung cancers who have undergone definitive therapy. There is [another] trial looking at neoadjuvant/adjuvant pralsetinib [in this population.] If these trials [show] positive results, we hope to see an approval [in the adjuvant setting] similar to [that of] osimertinib [Tagrisso], [which was approved] as an adjuvant therapy for nonmetastatic EGFR-mutant lung cancers.

[Additionally], the early drug development service at Memorial Sloan Kettering [MSK] continues to focus on tumor-agnostic drug development. [We aim to] leverage what we’ve seen with RET, NTRK, and BRAF V600E[–mutant disease] as strategies for [evaluating] other targeted therapy oncogene pairs in these basket studies. We hope to see more approvals [in this space]. [There is currently] work from [MSK] and other institutions showing that HER2/HER3 or HER3 inhibitors are active against NRG1 fusion–positive blood cancers. [This research is] exciting and holds promise for more tumor-agnostic approvals in the future. 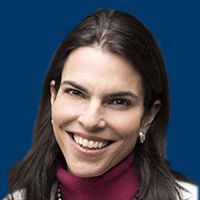 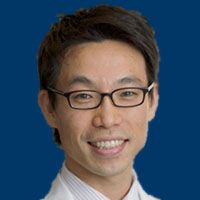 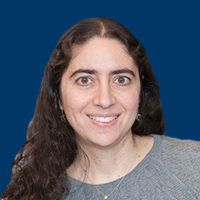