Determining the optimal sequencing of novel agents with standard chemotherapy has become a key issue in the management of castration-resistant prostate cancer.

Determining the optimal sequencing of novel agents with standard chemotherapy has become a key issue in the management of castration-resistant prostate cancer (CRPC). A posthoc analysis of the phase III ALSYMPCA trial has offered some clarity, showing that chemotherapy can be safely administered after radium-223 (Xofigo) in patients with metastatic CRPC.

In the ALSYMPCA trial, which was the basis of the FDA’s approval of radium-223, treatment with radium-223 demonstrated a median overall survival (OS) of 14.9 months compared with 11.3 months with placebo for patients with bone-metastatic CRPC (HR, 0.70; P <.001). Additionally, radium-223 was associated with a significant delay in both the median time to first symptomatic skeletal-related events and the time to an increase in the PSA level.

The ALSYMPCA subanalysis, which was presented at the 2015 European Cancer Congress, examined patients enrolled in the study who received chemotherapy following treatment with radium-223 or placebo. Follow-up was 3 years.

“This study has some limitations, including the fact that it represents a subset of patients based on postrandomization factors, including study drug treatment with radium-223 or placebo, and randomization of the original study does not ensure comparability of the treatment arms,” lead author Oliver Sartor, MD, medical director of the Tulane Cancer Center, said in an interview with OncLive.

“Given these limitations, this posthoc analysis indicates that chemotherapy following radium-223 appears to be safe, with no new hematologic concerns and no new detrimental effects on survival. Patients who were earlier in the course of disease and received all 6 injections of radium-223 were able to receive subsequent chemotherapy. This encouraging finding confirms the flexibility and versatility of radium-223, supporting the safety of administering chemotherapy after radium-223 regardless of prior docetaxel use,” Sartor said.

Twenty-two percent (n = 206) of the 921 patients enrolled in ALSYMPCA received chemotherapy post study, comprising 142 from the radium-223 arm and 64 from the placebo arm. Docetaxel was the most commonly used post-study chemotherapy: 70% of the post-radium-223 arm and 72% of the post-placebo arm were treated with docetaxel. Subgroup analysis was performed according to prior docetaxel use.

In the chemotherapy post-study drug subgroups, demographic and baseline characteristics were generally well balanced between the treatment arms, including age, baseline ECOG status, extent of disease, PSA levels, and other parameters.

In the two treatment arms, decreases from baseline measures in hemoglobin and neutrophil levels were similar. Decreases from baseline in platelets tended to be greater in the radium-223 arm compared with placebo, but this was likely due to radium-223 rather than subsequent chemotherapy, according to Sartor. Decreases in platelets were similar in patients who had prior docetaxel and no prior docetaxel. The rates of grade 3/4 hematologic adverse events were generally low, but were somewhat higher in the radium-223 arm compared with the placebo arm. 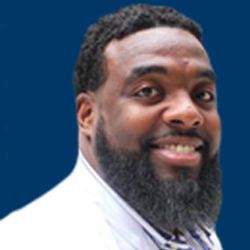 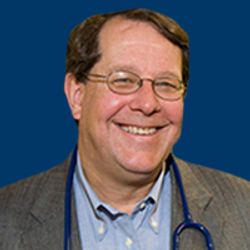 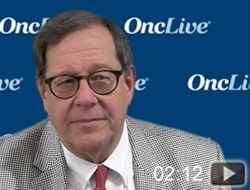