Ari VanderWalde, MD, explains his trepidation with combinations of chemotherapy and immunotherapy in NSCLC. 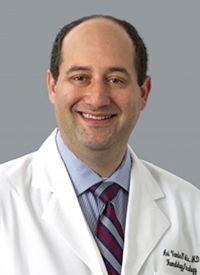 The rationale behind combining chemotherapy with immunotherapy in non—small cell lung cancer (NSCLC) is perplexing to Ari VanderWalde, MD, as he says findings from 2 pivotal trials in the last year—KEYNOTE-021 and IMpower150&mdash;may not be fully applicable to the current landscape.

Findings from cohort G of the phase II KEYNOTE-021 trial led the FDA to grant an approval to the frontline treatment of pembrolizumab (Keytruda) plus pemetrexed and carboplatin in patients with nonsquamous NSCLC regardless of PD-L1 expression in May 2017.1 Investigators reported that the median progression-free survival (PFS) was 13.0 months with the addition of pembrolizumab versus 8.9 months for chemotherapy alone (HR, 0.53; 95% CI, 0.31-0.91; P = .010).

In a presentation during the 2018 OncLive® State of the Science Summit™ on Advanced Non—Small Cell Lung Cancer, VanderWalde cautioned community oncologists about using these trials as a basis for treatment decisions, as they were initiated before the establishment of pembrolizumab as a frontline standard of care for patients with NSCLC who have PD-L1 expression over 50%.

“Recognize that putting patients on clinical trials is still the best way to take care of these patients with lung cancer,” said VanderWalde. “Deferring to what the FDA has approved is not necessarily the right answer. We don’t know what the right answer is. Trying to figure out the answers to these questions will hopefully keep us busy for some amount of time.”

OncLive: Can you provide an overview of your presentation?

VanderWalde, director of clinical research at West Cancer Center, associate vice chancellor of clinical research at the University of Tennessee Health Science Center, explained his trepidation with these combinations of chemotherapy and immunotherapy in an interview during the meeting.VanderWalde: Combining immunotherapy with other immunotherapy, or with chemotherapy, is a rapidly developing field. The strategy of combining immunotherapies together has been under study for some time, but the large studies have not come out yet. I focused my talk on combining immunotherapy with chemotherapy, particularly in the frontline space. I limited my talk to the 2 large pieces of data that have been presented, but they are 2 very confusing studies. These are studies that have led to the FDA approval, which I argued might not be fully warranted with the current data.

The first study was a phase II study published [in 2017] called KEYNOTE-021. It was a 120-patient study of patients with NSCLC, generally adenocarcinoma, and they were given either the combination of the PD-1 inhibitor pembrolizumab in combination with carboplatin and pemetrexed, or they were given carboplatin and pemetrexed alone. Anyone with NSCLC who fit the criteria was allowed in. What it showed was that the PFS was clearly better for the patients who received the combination as opposed to chemotherapy alone.

The traditional interpretation of these studies is that, because they showed a benefit in the general population that they studied, combinations are better than anything else that we have available. What was not taken into account though was that, during the course of the studies, frontline lung cancer became segmented based on PD-L1 status.

For those who had a PD-L1 expression greater than 50%, the standard is no longer chemotherapy or chemotherapy plus bevacizumab—the standard has now become single-agent pembrolizumab. Both of these studies included quite a number of patients in each arm and compared combinations with chemotherapy and, knowing what we know now, they should have compared it with immunotherapy alone.

As a result of this, we have to interpret the findings with caution because much of the benefit seen in the combination is compared with chemotherapy, so it may not have been seen, had it been compared with immunotherapy alone. Additionally, many of those patients who otherwise would not have gotten immunotherapy because their PD-L1 level was less than 50%, the curves may have been tugged up by the patients with PD-L1 status greater than 50%, who would have otherwise gotten immunotherapy in the frontline setting.

This has not been made easier. The subset analyses that have been shared so far continue to not differentiate between the patients in a way that really makes a lot of sense. We are awaiting the results of a phase III trial looking at pembrolizumab compared with carboplatin and pemetrexed that should hopefully shed light on some of these issues.

Initially, did experts in the community see the pembrolizumab/chemotherapy combination approval as a surprise?

I may have to eat my words very soon. However, to date, we do not have overall survival (OS) data, and we don’t know what to do with patients who have a PD-L1 status greater than 50%. And, we do not know whether the patients who are less than 50% truly show a benefit over chemotherapy, or if that is just because of the benefit that was seen by those whose PD-L1 expression is greater than 50%.I would beseech medical oncologists to remember that FDA approvals should not be a substitute for good clinical decision making and good data analysis. From what we knew at the time of approval, from a medical oncology perspective, it was not adequate to change practice at that time. I am not alone in saying that—the ship seems to have sailed.

Historically, there are only a few large lung cancer trials, despite the fact that more patients in the United States die from lung cancer than all the other most common cancers combined. Any data we have are often enough to change practice, but that’s really a shame, especially because we can design good trials that can answer questions in a robust way.

I am a little bit concerned that the data that we are seeing in cohort G of KEYNOTE-021 and IMpower150 are similar to the studies that we saw with erlotinib (Tarceva) in all-comers, where there was a benefit in PFS, but that was almost entirely due to the fact that 20% of patients had EGFR mutations. Going into these studies without the appropriate biomarkers gives us poor guidance.

What about arm A of IMpower150, which has not yet been presented?

I am specifically concerned about this because not only are these drugs very expensive, but they have real side effects. Giving patients immunotherapy or chemotherapy inappropriately, especially in the community where patients tend to be sicker on average than those in clinical trials, can cause a lot of harm. It is really important for community oncologists not to dismiss people like me who are saying that the data are not there yet. These are significantly toxic drugs, and we do not know how best to use them.They have alluded to the findings. This arm is the combination of 3 agents and substitutes the VEGF inhibitor bevacizumab with the PD-L1 inhibitor atezolizumab—so it is atezolizumab plus chemotherapy. What they showed in that, which is very bizarre, is that atezolizumab plus chemotherapy was no different than bevacizumab plus chemotherapy. We don’t have the data around it to explain why that might be, and it is even more confusing because we have never fully answered what the role of bevacizumab is in NSCLC. We know that adding it to carboplatin and paclitaxel is somewhat beneficial, but these aren’t the old days when we were just grasping [at straws]. It seems as if atezolizumab may be a substitute for bevacizumab, although we cannot say that at all because we do not have the data&mdash;and this was a superior study, not a noninferiority study.

They also have not presented OS in a convincing way. They showed an initial curve that was not statistically significant at the predefined cutoff. They also had a different definition of what PD-L1— high was than the other groups. In this trial, PD-L1 [was tested] using a different platform that gives wildly different results than the others. They also looked specifically at a different composite immunosensitivity score, which they called the T-effector cell score, and they used that as a subgroup for which they were looking for a specific analysis. It really confused matters a lot.

What is the next step for when patients treated with the frontline combination of pembrolizumab and carboplatin/pemetrexed relapse?

The outcome is that we don’t know whether there was a real benefit in patients who were the equivalent of PD-L1— low over chemotherapy alone. We don’t really know if there is an OS benefit. We don’t know if there is an OS benefit in the T-effector–high population compared with single-agent immunotherapy, because single-agent immunotherapy was not tested. There is a lot of smoke and mirrors because it was such a complicated study.That is another unanswered question that is extremely important. We really need to figure it out, and we should go into studies knowing that we need to figure out the sequencing of therapy.The old line that many lung cancer doctors use to tote was that, “If you can get the patients to second line, you’ve already done a really great job, because most patients who fail their frontline chemotherapy aren’t going to see another line of therapy.” Their performance status is too low and their disease is going to be progressive— it is very difficult to get patients onto that line of therapy.

Until the recent age of immunotherapy agents, there was no proven second-line therapy in NSCLC for patients who did not have an EGFR or ALK alteration. The argument of putting everything upfront was a good argument, because you want to give your best therapy upfront, even knowing that a certain number of patients are going to drop off. However, it will be very important to see how many patients were able to get immunotherapy in the chemotherapy-plus-bevacizumab arm of IMpower150 and in the carboplatin-plus-pemetrexed arm in the KEYNOTE-021 study.

Looking ahead, will we have more clarity on these challenges by next year?

What we are seeing in the clinic is that more and more patients are making it to the second-line setting. Once you assume that they are going to get second-line therapy, the question of sequencing becomes very important. Is the PFS benefit that you get from loading all the drugs upfront cancelled out by the lack of agents in the second-line setting? We do not know the answer to that question.This is a hard question, because even the KEYNOTE-189 study that has been presented doesn’t compare with any arms that have PD-1 therapy alone. We are not going to know whether the benefit is seen predominantly in patients who have PD-L1 status that is less than 50% or vice versa within the next year, based on the studies that are coming out.

The studies that are being designed now, ideally, should be 2 different patient populations with 2 different studies—combination therapy versus immunotherapy in PD-L1—high patients or PD-1 therapy in combination with chemotherapy versus chemotherapy alone in PD-L1–low patients. Until we start seeing more of those studies, we probably will not have outcomes for another 2 years. Even great phase III studies with an OS endpoint that are clearly beneficial will still leave us a little bit up in the air with how to best treat patients in the frontline setting.