Single-Agent and Combo Approvals Lead to Personalized Approach in RCC 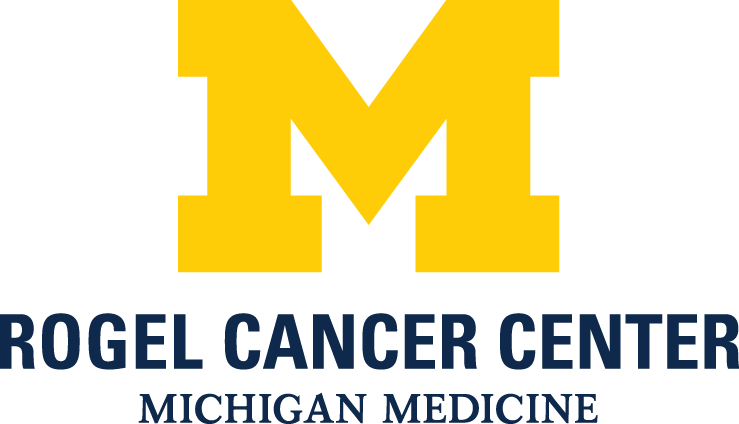 The approval of several TKIs and combination regimens has led to more treatment options for patients with renal cell carcinoma (RCC), with a heavier focus on individualized approaches, explained Ajjai Shivaram Alva, MBBS.

“For kidney cancer, we have to treat the patient on an individual basis with regards to the context of the prognostic score by the International Metastatic Renal Cell Carcinoma Database Consortium (IMDC), the histology, and the individual patient's performance status,” said Alva. “Other factors, such as cost and convenience, also play into this. It really has to be a personalized decision, which makes it a little more complicated for the general oncologist. However, thanks to trials and tools like the ASCO guidelines, these can be streamlined.”

Beyond single-agent TKIs, the use of combinations is rapidly growing in RCC with the FDA approvals of nivolumab (Opdivo) plus ipilimumab (Yervoy), pembrolizumab (Keytruda) plus axitinib (Inlyta), and avelumab (Bavencio) plus axitinib in the first-line setting for patients with advanced RCC. The nivolumab/ipilimumab approval is specific to intermediate- and poor-risk patients.

In an interview during the 2019 OncLive® State of the Science Summit™ on Genitourinary Cancers, Alva, an associate professor at the University of Michigan, discusses ongoing advances in the treatment paradigm for patients with metastatic RCC.

OncLive: Could you provide an overview of the CABOSUN trial?

Alva: The CABOSUN trial is a randomized phase II trial comparing, in the frontline setting, the multikinase inhibitor cabozantinib with the old standard of care, sunitinib, in patients with RCC. Patients with no prior systemic therapy were enrolled on this trial. The conclusion of this study, which was specifically for intermediate- or poor-risk patients with RCC by IMDC criteria, was that cabozantinib was superior to sunitinib. The primary endpoint was PFS by investigator assessment.

Since then, the study has also been validated by independent observers and assessments. The results still hold true that, in terms of PFS and response rate, cabozantinib is a superior choice to sunitinib for patients with intermediate- or poor-risk RCC by IMDC criteria.

How have the CABOSUN trial data impacted clinical practice?

This trial has already been in the National Comprehensive Cancer Network guideline category to be endorsed. It offers a clinical option for patients who fit the IMDC intermediate- or poor-risk criteria, which is by far the majority of the patients, at about 80%. Cabozantinib for those patients is a valid option, especially for those who are not able to go on any of the alternate available options, including immunotherapies, which are also a big class of drugs for these patients. Some reasons for contraindications to immunotherapies are autoimmune diseases or previous organ transplants, which make it very risky to go on checkpoint inhibitors. For those patients, particularly, [cabozantinib] is pretty much the only option.

Does this trial leave any unanswered questions?

Absolutely. This is a randomized phase II trial. Ideally, we want to be validated in a phase III setting. There has been a second-line, phase III trial comparing cabozantinib to everolimus (Afinitor) called METEOR, and the [data] were significant for overall survival (OS). However, at this point, CABOSUN is a phase II trial and it still has strong data for supporting cabozantinib use. More data are needed, especially with all the changes in the first- and second-line spaces, particularly with the immunotherapy combinations. There is an ongoing trial of cabozantinib in combination with nivolumab that is expected to read out very soon. The field may completely change [with those data].

Beyond cabozantinib, what does the current landscape looks like regarding TKIs in metastatic RCC? How do these agents compare with one another?

TKIs have a continuing role in RCC therapy, either as a single agent for this favorable-risk category where they appear to be superior to immunotherapy, and also in combination with immunotherapy. There have been 2 combinations already FDA approved for frontline therapy: axitinib plus avelumab and axitinib plus pembrolizumab. There are a couple of others that are expected to read out, particularly lenvatinib (Lenvima) with pembrolizumab as well as cabozantinib with nivolumab. [TKIs] have a role in favorable RCC by itself, but also in combination in intermediate- and poor-risk patients, which is going to most likely expand in the upcoming years.

In favorable-risk RCC, among other options, TKIs can be used as single-agent therapy. In intermediate- and poor-risk RCC, we probably have to use [TKIs] in combination with immunotherapy because those have been proven to be superior to monotherapy. In that sense, the context in which they are used is critical to evaluating whether we go with monotherapy or combination therapy.

There are some class-specific toxicities among all of these TKIs. Some of them result from their mechanism of action, which is a measure of VEGFR inhibition, including hypertension, rashes on the hands and feet, gastrointestinal (GI) toxicities like diarrhea and mucositis, dysphonia, transaminitis, liver toxicity, and some cardiac toxicity. The frequencies are a little higher or lower with each particular drug, but largely these are shared [with the class of VEGF TKIs]

There are some differences in how frequently adverse events occur for 1 class of toxicities versus the other. For example, tivozanib (Fotivda) can cause more dysphonia and axitinib can cause more diarrhea; sunitinib can cause more diarrhea and [other] GI toxicities. There are some signals and toxicities that may be more important to choosing one [agent] over the other in a particular patient. The schedule is also a little different the way [these drugs] are given. Sunitinib is a 4-weeks-on/2-weeks-off schedule. Axitinib is a short-acting drug so it's given twice daily, and the dose can be varied up and down from the starting dose. The other drugs are [taken once daily].

Could you highlight the impact of combinations with TKIs and immunotherapy?

The KEYNOTE-426 [trial] compared axitinib plus pembrolizumab with sunitinib. That was a positive study for its primary endpoint; it was positive for OS as well as for PFS, which led to the FDA approval of the combination in all IMDC prognostic groups. It's a valid option.

On the other hand, as you would expect, there was a little signal showing that toxicities [for these combinations] were greater than single-agent therapy, particularly with some liver toxicities. Axitinib and pembrolizumab both have some overlapping toxicity in [the liver] as well as [some overlapping] GI toxicity. These sometimes have to be managed very carefully in the clinic and the individual patient, because it can be tricky. Axitinib is good; the half-life is very short. By holding axitinib, we can get a quick answer whether [the toxicity] is from axitinib or whether it is an immune-mediated [toxicity] from pembrolizumab.

[The phase III data with] avelumab/axitinib was also presented, and that study did not meet OS. The data were not mature yet and did not show overall difference; that [OS benefit] could still happen in updates that could be presented at upcoming conferences. It did meet one of its endpoints, which was PFS, and that led to the FDA approval of that [combination], as well. Avelumab is given every 2 weeks, and pembrolizumab is given every 3 weeks. There is a scheduling difference, which could be of importance.

Is the paradigm shifting towards combinations for all patients?

Combinations have already started to occupy a greater share of the number of patients being treated. Monotherapy will still have its role, but it's probably going to be diminishing. The [current TKI/immunotherapy] combinations address 2 different classes of drugs combined—the VEGFR pathway as well as [the PD-1/PD-L1] pathway—which offers a simple combination. Both agents in their respective classes were always active against kidney cancer.

The bigger questions in the upcoming years is what to use after a TKI and immunotherapy combination. What do we go to next? Maybe it's a separate class of drugs. There are some that are being tested in trials, such as metabolic inhibitors, glutamine inhibitors, and arginine-based inhibitors. There are also new molecules attacking HIF1A, so those could be classes of drugs that would have to be explored for post-combination progression.