Sipuleucel-T Soon Available to Patients in Europe and Beyond 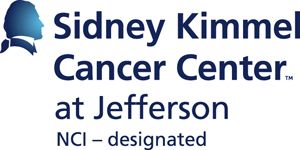 An immunotherapy drug for the treatment of prostate cancer, approved in the US in 2010, will soon be available in Europe.

An immunotherapy drug for the treatment of prostate cancer, approved in the US in 2010, will soon be available in Europe, the maker of the medicine, Dendreon Corporation, announced today.

Sipuleucel-T (Provenge) initially will be available in Germany and the United Kingdom, and then in the rest of Europe and other world markets, the company stated in a press release. The exact anticipated date of the drug’s availability in those regions was not immediately clear.

Contract manufacturing organization PharmaCell will distribute the drug to institutions in those countries in which leading experts treat a high volume of patients with prostate cancer, according to the release.

"Bringing Provenge commercially to Europe marks a major milestone for Dendreon," said John H. Johnson, chairman, president, and chief executive officer of Dendreon. "Both urology and oncology key opinion leaders in Europe have expressed a desire to have Provenge available to their patients, and it is evident that there is pre-market demand as the first—and only—personalized immunotherapy approved for the treatment of mCRPC [metastatic castration-resistant prostate cancer]. We are pleased to be able to make Provenge available to oncologists and urologists and their prostate cancer patients in this important market."

Sipuleucel-T is approved in the European Union for the treatment of asymptomatic or minimally symptomatic mCRPC in men in whom chemotherapy is not yet indicated. Dendreon received marketing authorization for the drug in September 2013 from the European Commission, which is responsible for making decisions about drug commercialization throughout the European Union and in Norway, Iceland, and Liechtenstein. In June 2013, the European Medicine Agency’s Committee for Medicinal Products for Human Use recommended that the marketing authorization be granted.

Sipuleucel-T, an autologous cellular immunotherapy, is created by culturing a patient’s own isolated peripheral blood mononuclear cells, including antigen-presenting cells (APCs). When each dose is prepared, those cells are activated with a fusion protein of the antigen prostatic acid phosphatase linked to granulocyte-macrophage colony-stimulating factor. As a result, when the treated cancer cells are reintroduced into a patient’s body, T cells attack them. The treatment is given to patients intravenously in three doses.

The trial that led to the drug’s US approval was the IMPACT study, in which 512 men with metastatic, hormone-refractory prostate cancer were randomized 2:1 to receive either sipuleucel-T or placebo. Median survival was 4.1 months longer in the sipuleucel-T group than in the placebo group (25.8 months versus 21.7 months, respectively), the authors reported. The estimated probability of survival 36 months after randomization was 31.7% in the sipuleucel-T group and 23.0% in the placebo group, they added.

For men in the immunotherapy group, as compared with those in the control group, the adjusted hazard ratio for death was 0.78 (95% CI, 0.61 to 0.98), representing a relative 22% reduction in the risk of death (P=.03), the investigators wrote.

Common side effects reported in the IMPACT trial included chills, fatigue, fever, back pain, nausea, joint ache, and headache, with most reactions mild or moderate in severity, according to the FDA’s website. About one-quarter of trial participants experienced serious adverse reactions, included acute infusion reactions and stroke, the agency stated.

Further information about the efficacy of sipuleucel-T is being gathered in ongoing studies.

PROCEED, a phase IV registry of patients taking the drug, was designed to track survival and the risk of cerebrovascular events. The registry has increased interest in the use of the drug by demonstrating that patients over age 80 who have CRPC experience immune results that are identical to those of their younger counterparts when they take sipuleucel-T, according to Leonard Gomella, MD, chair of the Department of Urology and director of the Kimmel Cancer Center Network at Thomas Jefferson University Hospital, in Philadelphia. Data from the registry were presented at the 2014 Genitourinary Cancers Symposium.

Also presented at the symposium, Gomella said, was a post-hoc subset analysis from the IMPACT trial showing that treatment with sipuleucel-T results in a humoral antigen spread that correlates with improved outcomes. In the antigen spread process, following treatment-induced cell lysis, the immune response broadens over time; that results in the activation of multiple cancer-related antigens, which extends the immune response, Gomella said.

Sipuleucel-T is also being studied in men with earlier stages of prostate cancer, and in combination or sequence with treatments including androgen deprivation therapy, radiation therapy, and novel agents.