The combination of sotigalimab and nivolumab elicited durable responses with a reasonable safety profile in patients with melanoma who were refractory to anti–PD-1 therapy, according to data from a phase 2 trial. 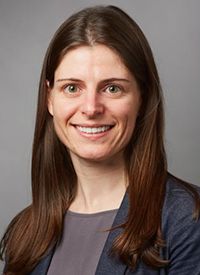 The combination of sotigalimab (APX005M) and nivolumab (Opdivo) elicited durable responses with a reasonable safety profile in patients with melanoma who were refractory to anti–PD-1 therapy, according to data from a phase 2 trial (NCT03123783).1

The doublet elicited an objective response rate (ORR) of 15.2% (95% CI, 6.2%-29.3%) among 33 evaluable patient; this included a partial response (PR) rate of 15.2% and a stable disease rate of 33.3%. Moreover, 51.5% of patients experienced disease progression. The duration of response from first documented PR to the end of the study ranged from 6 months to 25 months.

“These results are encouraging and warrant further investigation,” lead study author Sarah A. Weiss, MD, an assistant professor of medical oncology at Yale University School of Medicine, and colleagues, wrote in a poster shared during the 2021 SITC Annual Meeting. “In addition, sotigalimab’s activity and safety support investigation of combinations with other immune-oncology therapeutics in other clinical settings.”

Patients with unresectable or metastatic melanoma who develop resistant, progressive disease while receiving an anti–PD-1 regimen have fewer and less effective salvage treatment options available to them. Additionally, most patients will not exhibit delayed tumor shrinkage after continued anti–PD-1 treatment, and as such, more effective options remain an unmet need.

The investigational agent, sotigalimab, is an APXiMAB-derived, humanized IgG monoclonal antibody that targets CD40. The agents binds to the human CD40L binding domain on CD40 to mimic natural CD40L signaling and effect. Sotigalimab differs from other CD40 agonist monoclonal antibodies in that it was uniquely engineered to have higher binding to FcyRllbl this results in increased crosslinking and potency of Fc-bearing cells.

In the separate ongoing study, the agent was found to have activity and safety when used as a monotherapy in patients with advanced melanoma who were naïve to immunotherapy.

In the study presented during the meeting, investigators sought to examine the safety and efficacy of sotigalimab in combination with nivolumab in patients with advanced melanoma. To be eligible for enrollment, patients needed to have relapsed/refractory disease and confirmed disease progression on an anti–PD-1 or anti–PD-L1 therapy. Confirmation of progression needed to be documented by 2 consecutive tumor measurements 4 or more weeks apart.

Moreover, study treatment should have started 8 weeks or sooner after the last dose of anti–PD-1/PD-L1 therapy received. Prior anti–CTLA-4 treatment was permitted if there was no progression while on therapy, and the last treatment was administered more than 3 months before to the start of the study.

In the dose-escalation portion of the research, intravenous (IV) sotigalimab was given at doses of 0.03 mg/kg, 0.1 mg/kg, and 0.3 mg/kg in combination with IV nivolumab, which was given at 360 mg every 21 days, in cohorts of patients using a 3+3 design. The maximal safe dose of sotigalimab was determined to be 0.3 mg/kg and had confirmed the recommended phase 2 dose of the agent that had been established in the phase 1 study.

At the meeting, investigators reported data from the phase 2 expansion cohort of patients with melanoma who had experienced disease progression on anti–PD-1/PD-L1 therapy.

The investigators shared a specific case of a 54-year-old patient who was initially diagnosed with mucosal melanoma in 2013. This patient then underwent several surgeries and radiation treatment for recurrence. In 2017, ipilimumab (Yervoy) plus nivolumab was initiated for 3 cycles; this was followed by single-agent nivolumab because of tolerability issues.

The patient achieved stable disease on nivolumab maintenance for approximately 10 months, but then developed rapid progression at multiple sites and showcased elevated lactate dehydrogenase. The combination of sotigalimab and nivolumab was then administered to the patient, and after 2 months on treatment, they achieved a PR with subsequent resolution of all target lesions. This patient completed approximately 11 months of the doublet and maintained a PR for over 25 months without requiring additional treatment.

The safety population included 38 patients who received at least 1 dose of sotigalimab and were determined to be evaluable for safety.

Adverse effects (AEs) of any grade were reported in 95% of patients. Most AEs were grade 1 or 2 in severity and transient, although 29% of patients experienced grade 3 or higher AEs. Serious AEs were experienced by 15.8% of patients and none were determined to be related to either sotigalimab or nivolumab. No treatment discontinuations or deaths were due to AEs. Immune-related AEs observed with the doublet were comparable to what has been seen with nivolumab monotherapy.

“This study demonstrates that the combination of sotigalimab and nivolumab can be administered repeatedly [for more than] 1 year with a reasonable safety profile and a low reported incidence of infusion reactions and no reported cytokine release syndrome in this patient population,” the study authors concluded.