Advancements in treatment options across the spectrum on women’s cancers include de-escalating therapy in HER2-positive breast cancer, using tisotumab vedotin-tftv in cervical cancer, shifting therapies to the frontline setting in endometrial cancer, and using checkpoint inhibitors in ovarian cancer. 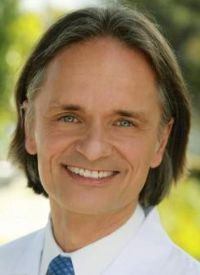 Advancements in treatment options have been made across the spectrum on women’s cancers, including ongoing efforts to de-escalate therapy in HER2-positive breast cancer, the utilization of tisotumab vedotin-tftv (Tivdak) as a new second-line option for cervical cancer, the shift of therapies to the frontline setting in endometrial cancer, and the use of checkpoint inhibitors with antiangiogenic agents in ovarian cancer, according to faculty from an OncLive® Institutional Perspectives in Cancer (IPC) webinar on women’s cancer care.

The IPC event was chaired by Oliver Dorigo, MD, PhD, an associate professor of obstetrics and gynecology (oncology) at Stanford Health Care, who discussed the utilization of single-agent checkpoint inhibitors alone and in combination with antiangiogenic agents, PARP inhibitors, and TKIs in ovarian cancer.

Dorigo was joined by colleagues:

Below, the faculty summarize the main points of their IPC presentations.

Ongoing [escalation] trials in the HER2-positive space are trying to improve the outcomes of those 25% of patients who are failed by our current approaches. At the same time, there have been ongoing efforts in de-escalation, because with the addition of HER2-targeted therapy, it has become clear that not everybody may need combination chemotherapy as we used to give for these most aggressive breast cancers. The most successful trial in that area so far has been the phase 2 APT trial [NCT00542451] in small, node-negative tumors, showing remarkably good outcomes in those tumors with just a single chemotherapy agent, paclitaxel, in combination with HER2-targeted therapy.

Diver: Checkpoint inhibitors are now standard second-line therapy for endometrial cancer after carboplatin and paclitaxel. [This can mean giving] either [a] checkpoint inhibitor [alone] for mismatch repair–deficient tumors or microsatellite instability–high [MSI-H] tumors or the combination of lenvatinib [Lenvima] and pembrolizumab [Keytruda] for the MSI stable or mismatch repair–proficient tumors.

Quadruplet therapy utilizing platinum-based chemotherapy plus paclitaxel, plus bevacizumab [Avastin] and pembrolizumab, is now the new standard of care for the first-line treatment of recurrent or metastatic cervical cancer that is PD-L1 positive. The triplet therapy is still standard for PD-L1–negative tumors.

Currently, we have tisotumab vedotin as a new second-line option for cervical cancer that has recurred after up-front therapy. There’s always new exciting clinical trials open, so always feel free to reach out to see if there are trials open at Stanford Health Care. Consider referring your patients for clinical trials so we can continue to have these exciting updates for endometrial and cervical cancer in the years to come.

Litkouhi: [When looking at epithelial ovarian cancer], [there are] about 20,000 new cases every year in the United States. Moreover, approximately 13,000 patients die of the disease every year. Up until several months ago, this was the leading cause of gynecologic malignancy mortality. But just by sheer numbers, recently, endometrial cancer has overtaken ovarian cancer.

The standard of care for the past 30 to 40 years in ovarian cancer has been cytoreductive surgery, either as primary debulking surgery or as neoadjuvant chemotherapy, followed by platinum-based chemotherapy.

Dorigo: Single-agent checkpoint blockade provides only modest clinical activity in ovarian cancer, with response rates of about 10%. We have combined checkpoint inhibitors with antiangiogenic agents, PARP inhibitors, and TKIs, and these combinations have shown a notable increase in antitumor efficacy, although this is certainly not a home run yet.

We are in the process of studying cell therapies and vaccines, and they have the potential to induce long-lasting antitumor responses, which could also be helpful.