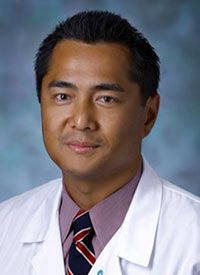 An analysis of patients’ white blood cells found a link between SABR and an increased number of T cells. The investigators saw this as potential evidence that the radiation therapy had triggered a full-body immune system response to the patient’s tumors.

“It has been a longstanding question, especially important now in the era of immunotherapy, whether any type of radiation, and SABR specifically, can stimulate the immune system,” study leader Phuoc Tran, MD, PhD, professor of radiation oncology and molecular radiation sciences at the Johns Hopkins University School of Medicine and a member of the Johns Hopkins Kimmel Cancer Center, said in a press release. “Our trial offers the best data to date to suggest that SABR can cause a systemic immune response.”

Oligometastatic tumors are defined as those that have metastasized to 1 to 3 sites within the body. The phase II ORIOLE trial randomized 54 men with oligometastatic prostate cancer in a 2:1 ratio to SABR (n = 36) or observation (n = 18). Patients were accrued between March 2018 and May 2019 from 3 radiation treatment facilities in the United States affiliated with a university hospital.

The primary endpoint of the study was progression at 6 months by PSA level increase, progression detected by conventional imaging, symptomatic progression, ADT initiation for any reason, or death.

In their article, the authors also noted that, “T-cell receptor sequencing identified significant increased clonotypic expansion following SABR and correlation between baseline clonality and progression with SABR only (0.082085 vs 0.026051; P = .03).”

There were no grade ≥3 adverse events reported.

Tran and his team are also exploring SABR in the RAVENS trial (NCT04037358), which is combining SABR with radium-223 (Xofigo) in patients with oligometastatic prostate cancer.