An oncologist-led BRCA mutation testing pathway in the ENGAGE study has led researchers to conclude that pretest counseling by the oncology team could shorten testing turnaround times and ease the pressure on genetic counselors. 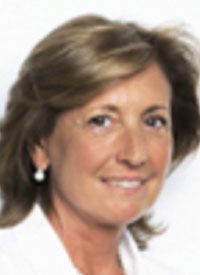 Patients and oncologists both expressed satisfaction with a streamlined, oncologist-led BRCA mutation testing pathway in the ENGAGE study, leading researchers to conclude that pretest counseling by the oncology team could shorten testing turnaround times and ease the pressure on genetic counselors.

In the Evaluating a Streamlined Onco-genetic BRCA Testing and Counseling Model Among Patients with Ovarian Cancer (ENGAGE) study, more than 80% of oncologists agreed that the testing process worked well and that counseling patients on BRCA testing was an efficient use of their time. More than 99% of patients expressed satisfaction with pre- and posttest counseling.1

“Development of local BRCAm testing guidelines, involving oncologists, oncology nurses, and geneticists or genetic counselors and following a pathway similar to the one used in this study, could allow faster treatment decisions and better use of resources in the management of patients with ovarian cancer,” added Colombo et al.

Treatment guidelines, including NCCN, recommend BRCA for all patients diagnosed with epithelial ovarian cancer. Establishing the BRCA status in these patients provides useful information regarding the prognosis and clinical course of the disease, and it is essential in identifying patients most likely to benefit from PARP inhibitor therapy.

The recommendation is that patients should undergo genetic counseling both when genetic testing is offered to the patient and after genetic test results are disclosed. However, the limited number of genetic counselors puts a brake on the testing process and presents a potential barrier to the implementation of BRCA testing for patients with ovarian cancer. Investigators in the ENGAGE study set out to determine if a streamlined testing approach could reduce turnaround times and ease the pressure on genetic counselors.

The clinical team, oncologists and oncology nurses, received training on discussing the role of BRCA testing and on genetic counseling techniques, and provided patients with pretest counseling. a geneticist or genetic counselor provided additional pretest test counseling at patient request. After testing, the oncologist and/or geneticist reviewed and interpreted the test results and reported them to the patient.

Patients who received a positive BRCA mutation result were encouraged to make an appointment with a geneticist or genetic counselor.

Seven hundred patients enrolled from April 2015 to September 2016 and were included in this analysis. Ninety percent of patients completed the study.

More than 90% of patients reported on the Oncogenetic Counseling Elements Questionnaire that his or her oncologist or nurse discussed the purpose of the BRCA mutation test, how the test could affect treatment, the BRCA gene and its function, the implications of a positive test result, and the impact their test result could have on the patient’s family. Pretest counseling was comprehensive, with oncologists or nurses spending a median of 20.0 minutes (range, 2-115) discussing the test.

In an accompanying podcast, Nadine M. Tung, MD, director of the Cancer Genetics and Prevention Program at Beth Israel Deaconess Medical Center and an associate professor at Harvard Medical School, noted that about 85% of patients with ovarian cancer will be BRCA negative, so it is important to balance the need for increased patient knowledge with the need to conduct genetic testing on an increasing number of patients.2

She said that these results confirm the need for universal BRCA testing for all ovarian cancer patients—46% of patients in the study had no family history of breast or ovarian cancer&mdash;and suggest a way to deliver that testing without putting further strain on the limited number of genetic counselors.

“As the pool of oncology patients requiring genetic testing increases, new delivery models for testing are needed. A one-size-fits-all model for all community-based or academic hospitals is unlikely,” Tung said. “But the approach evaluated in the ENGAGE study is an innovative and sensible option that utilizes the oncology team to provide initial testing and counseling. Since most patients will not have a mutation, this approach allows the valuable, limited resource of genetic experts to be reserved for those who need their counseling most—those who have a mutation or a genetic variant of uncertain or unknown significance.”