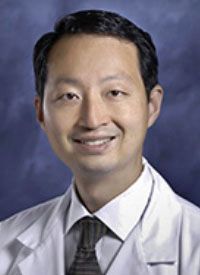 Nephrectomy remains an optimal option for the treatment of patients with localized kidney cancer, says Hyung L. Kim, MD, adding that although contested by many in the community, cytoreductive surgery is still considered bene cial for patients with metastatic disease.

“This is a very exciting time for kidney cancer,” said Kim. “The field is moving very fast, and our patients have more reason to be hopeful about their treatments than ever before.”

Novel surgical approaches have advanced the use of surgery in localized disease. However, with the advent of systemic treatments to the landscape, Kim says that he is unclear about the role that cytoreductive nephrectomy will have for these patients. Clinical trials to address this question are ongoing, he noted.

Additionally, the EORTC 30073 SURTIME study was stopped prematurely due to poor accrual (NCT01099423). This trial, which treated patients’ primary tumors by administering targeted therapy with sunitinib (Sutent) prior to cytoreductive nephrectomy, reported that this technique did not improve the progression-free rate at 28 weeks in patients with synchronous metastatic renal cell carcinoma. This was compared with a sequence of immediate cytoreductive nephrectomy followed by sunitinib.

In a presentation during the 2018 OncLive® State of the Science SummitTM on Genitourinary Cancers, Kim, the Medallion Group Chair in Urology, co-medical director of the Urologic Oncology Center, and associate director, Surgical Research in the Samuel Oschin Cancer Center at Cedars-Sinai Medical Center, discussed perioperative systemic therapy for patients with kidney cancer.

OncLive®: Can you provide an overview of your presentation on perioperative and systemic therapy in kidney cancer?

Can you speak to the use of cytoreductive nephrectomy in this space?

In an interview during the meeting, Kim touched on the impact of surgery in the localized and metastatic settings on patients with kidney cancer, as well as the importance of biomarkers.Kim: I spoke about adjuvant therapy for kidney cancer. When someone presents with localized disease, we offer them surgery. The operation is called a nephrectomy, which is removing the kidney along with the tumor, but sometimes we can do a partial nephrectomy. The goal of surgery is cure. However, in patients with high-risk disease, the cancer can recur, and it can recur in the lungs or the lymph nodes. The goal of perioperative therapy, or adjuvant therapy, is to try and reduce the risk of metastatic recurrence.A nephrectomy can be done in different settings. It can be done for clinically localized disease, where the goal of treatment is cure, or it can be done in patients who have metastatic disease, where the goal is not cure but to extend survival by reducing disease burden. The latter is called cytoreductive nephrectomy.

Cytoreductive nephrectomy was established as a standard of care based on [the results of] 2 large randomized studies conducted in the United States and Europe, where the standard systemic therapy was interferon. In the era of cytokine-based systemic therapy, cytoreductive nephrectomy extends life. However, we have moved on to other therapies such as tyrosine kinase inhibitors (TKIs), antiangiogenic agents, mTOR inhibitors, and immunotherapy.

Can you discuss the CARMINA and SURTIME trials?

In the era of these modern treatments, it is not quite clear if cytoreductive nephrectomy is beneficial. If you ask most urologic surgeons, they still operate the under the assumption that it is beneficial. There are some trials that are directly addressing this question, but those results are not available yet.The CARMINA trial has closed enrollment, but we do not know the results yet. This study is looking at the role of cytoreduction in patients with kidney cancer who are receiving sunitinib. It will be very interesting to see what that shows.

Was there a reason for the poor accrual?

Could you provide a loose timeline of current standards of care to potentially finding a cure?

The SURTIME trial looked at the timing of surgery—immediate versus delayed. The study is investigating whether surgery should be done immediately, or whether a couple doses of sunitinib should be given before the patient undergoes surgery. The study was originally designed to be a large study, but due to poor accrual, it was re-designed with a different endpoint. What it shows is that delaying surgery does not appear to cause any harm. But the study was not powered to look at the advantage of either of those 2 approaches.The reason is not entirely known, but some of the authors of the SURTIME study published a paper with their recommendations for future studies that incorporate surgery. They do recommend that future studies like this consider a pilot phase to assess the feasibility of the study before opening it up to a greater number of centers.In metastatic disease, we have made a lot of progress with more than 10 agents approved. Each agent, when tested by itself, had very modest effects. Now we are at a point where we are learning how to combine agents, and we have more agents to use in these combinations now.

The CheckMate-214 study combined nivolumab (Opdivo) and ipilimumab (Yervoy). The complete response (CR) rate—where all metastatic disease disappeared&mdash;was 9%. In this field, that is a very high number. The goal in future trials will be to make that number even higher, perhaps with better therapies, combina- tions, or biomarkers that can help better select patients.

Are there any biomarkers currently under investigation?

The trend in the future is combinations. We are hopefully going to increase CR rates, and we are going to do it with medications that come at the disease from a very different approach.I have been working in the biomarker field for many years. I have a research lab that studies kidney cancer biomarkers. Some of the successes that we have seen in the field have made biomarker research more challenging. It takes a lot of time to discover a biomarker, develop it, and validate it. The field is moving so quickly that as soon as you have a biomarker, it is almost obsolete before you can report it.

We are seeing combinations where nearly 100% of patients have some response to therapy. Seeing that kind of response prompts most to ask, “What good is a biomarker if everyone is seeing benefit?” Biomarkers are still going to be useful. They may not pick the treatment, but they will help us monitor the disease, and may help us learn about the precise mechanism of drug resistance so that maybe we can better pick the next therapy. We do have to rethink how we develop and use biomarkers and what good they can serve.