Richard S. Finn, MD, the burst of available treatment options, the ongoing hunt for actionable biomarkers, and the importance of multidisciplinary care in hepatocellular carcinoma. 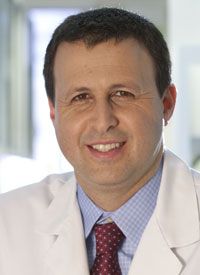 A flood of targeted therapy and immunotherapy options to both the first- and second-line settings of hepatocellular carcinoma (HCC) has had significant implications on the treatment of patients in this space and will likely create challenges regarding sequencing, said Richard S. Finn, MD.

"In the past 2 years, we have seen an explosion of both targeted therapies and immunotherapies in HCC," said Finn. "Many of us thought that the approval of sorafenib (Nexavar) would spark the golden age of medical therapy for advanced liver cancer. As it turned out, we had a long drought [of development] and many negative studies. However, we kept pushing forward because our patients were in need of a therapy that was better than sorafenib or able to be given when sorafenib was no longer effective."

In January 2020, a supplemental biologics license application (sBLA) was submitted to the FDA for the combination of atezolizumab (Tecentriq) and bevacizumab (Avastin) for the treatment of patients with unresectable HCC who have not received prior systemic therapy.

The sBLA was submitted based on findings from the phase III IMbrave150 trial in which the median overall survival was not reached with the combination of atezolizumab and bevacizumab compared with 13.2 months with sorafenib (HR, 0.58; 95% CI, 0.42-0.79; P = .0006).1 Additionally, clinical benefit of the combination was confirmed in updated patient-reported outcome data presented at the 2020 Gastrointestinal Cancers Symposium.2

Pending approval, the combination may join sorafenib and lenvatinib (Lenvima) which are both currently approved in the frontline setting for this patient population.

During an interview with OncLive at the 2020 HCC-TAG Conference, Finn, an assistant professor of clinical medicine at the Geffen School of Medicine at the University of California, Los Angeles (UCLA), and director of the Signal Transduction and Therapeutics Program at the Jonsson Comprehensive Cancer Center at UCLA, discussed the burst of available treatment options, the ongoing hunt for actionable biomarkers, and the importance of multidisciplinary care in HCC.

OncLive: How has the treatment of HCC evolved since the approval of sorafenib?

Finn: Initially, we had the approval of regorafenib (Stivarga) in 2017 for patients who progress on sorafenib. That approval provided several important steps forward and was the first positive study after sorafenib to show that medical intervention could improve survival. It also showed that selecting patients, conducting well-designed clinical trials, taking important prognostic factors into account, and separating patients with extrahepatic spread from those with vascular invasion is important.

Regorafenib was followed by the approval of cabozantinib (Cabometyx) in 2019. Cabozantinib showed a very similar magnitude of benefit in its ability to improve survival after prior sorafenib, but it differed from sorafenib and regorafenib in targeted profile. Cabozantinib not only hits the VEGF receptor but also the c-Met receptor and axle.

In the frontline setting, lenvatinib was approved based on a noninferiority study that showed a higher objective response rate and doubled progression-free survival with lenvatinib compared with sorafenib. Retrospective analyses revealed that patients who had a response to frontline lenvatinib or sorafenib had a median survival of over 22 months. Sequence data from the RESORCE study or sorafenib and regorafenib showed median survival was over 24 months for selected patients on the regorafenib regimen.

In the targeted therapy realm, we have ramucirumab (Cyramza) which was developed for patients with elevated alpha fetoprotein (AFP). We saw a survival benefit with ramucirumab with an HR of about .07. Though the absolute magnitude was about 1.2 months between the treatment and control groups, the magnitude and risk reduction were significant.

Strikingly, we are improving survival with these drugs, but we are not significantly increasing response rates. That is where the role of immunotherapy is falling.

Importantly, the 27% response rate demonstrated with atezolizumab/bevacizumab was very significant. We are seeing similar numbers with other immunotherapy combinations like lenvatinib/pembrolizumab (Keytruda) but response rates are increased to about 30%. These responses to immunotherapy are very durable. Presumably, that is what is largely driving the survival benefit.

How are you anticipating sequencing these agents?

With these new drugs, sequencing becomes a clinical challenge. It is something we are all learning how to do. Toxicity profiles and mechanisms of action both come into play. For example, if somebody received frontline immunotherapy, it is hard to make a case to give those patients immunotherapy in the second line.

As we have seen with other diseases, the feeling is that as we will get incremental benefits from sequential treatments, we will improve survival beyond the 2-year mark.

How do you determine when to switch a patient from locoregional therapy to systemic therapy amongst these novel options?

The point at which to transition from locoregional therapy [to systemic therapy] has been an area of ongoing debate. A majority of patients who present with intermediate liver cancer receive locoregional therapy with chemoembolization or radioembolization (Y90), but those are not curative treatment modalities. As patient progress on those treatments, we need to recognize when to stop and transition appropriately to the growing sequence of systemic therapies.

Why has it been difficult to identify biomarkers in HCC? Are there any emerging biomarkers under investigation?

Biomarkers can be measured either in the blood or in the tumor and will tell us how to triage a patient to the optimal treatment. Biomarkers can be prognostic like elevated AFP, or they can be predictive such as HER2 in breast cancer.

In liver cancer, serum elevated AFP is prognostic for poor outcome, and is currently the only biomarker to tell us which drug will work. Patients with elevated AFP should receive ramucirumab. Patients benefit from other targeted agents regardless of AFP status.

Biomarkers with immunotherapy have been elusive [in HCC] because the immune system is complex. Single-agent immunotherapy has a 15% to 20% response rate in liver cancer, which has not been enough to improve survival in randomized clinical trials. However, if we can increase the response rates with a combination regimen, then we'd presumably see improved survival.

That is not to say that biomarkers are not important; there is still a strong effort to identify biomarkers particularly for the next generation of therapeutics. For example, there is an interest in using FGFR4 inhibitors to target FGF19 amplifications.

Could you discuss the importance of multidisciplinary care for patients with HCC?

In several cancer types, utilizing a multidisciplinary team is critical. For example, a patient with breast cancer will be seen by a radiologist, medical oncologist, surgeon, and potentially a plastic surgeon early in their disease course because that provides optimal cancer management and patient outcomes.

Liver cancer particularly requires a multidisciplinary approach to care because of the complexities of the cancer and the fact that roughly 90% of our patients have underlying liver disease that contributes to outcomes. Any treatment intervention has to take the degree of liver disfunction into account. Hepatologists play an important role in evaluating patients. Additionally, as transplant or resection is the only curative option for these patients, surgical expertise should be considered. Interventional radiologists play a pivotal role in bridging patients to transplant. Of course, we have discussed the expanding role of medical treatments available. To optimize care, patients should be managed at a center where there is a real-time tumor board to triage patients seamlessly between these relevant players.

What does the future of the HCC paradigm look like in your opinion?

If I had been asked that question in 2007 when sorafenib was approved, I would have said we were going to see so much activity in HCC. Obviously, that prediction was not perfect because it took a long time to get another drug approved.

Now, we have had a burst of positive data including those from the IMbrave150 trial. This has launched the field forward dramatically.

Going forward, perhaps we are looking at triplet therapies or agents with totally different mechanisms of action.

We need to take the time to think about that carefully rather than empirically adding agents and getting negative data. Moving these highly effective novel regimens earlier in the treatment of HCC will have the biggest impact. We hope that doing so will increase cure rates after surgery or chemoembolization.