Jeff Yorio, MD, discussed the decision-making process for treating patients with BRAF-mutant melanoma, the use of immunotherapy in melanoma, and the management of cutaneous squamous cell carcinoma and basal cell carcinoma. 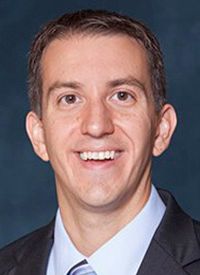 Various combinations of targeted therapies have generated favorable response rates in patients with BRAF-mutated melanoma, according to Jeff Yorio, MD, who added that investigators are exploring the addition of immunotherapy to these targeted therapy combinations.

Targeted therapies of interest, specifically for patients with BRAF mutations, include vemurafenib (Zelboraf) and cobimetinib (Cotellic), dabrafenib (Tafinlar) and trametinib (Mekinist), and binimetinib (Mektovi) and encorafenib (Braftovi). These combinations, along with patients’ long-term responses are continuing to be evaluated.

“There are a lot of good options out there for melanoma. Some of it is trying to figure out what’s going to work best for your patient based on their different adverse effects [AEs] and what we can do to tailor different treatments that make the most sense [for each patient],” Yorio said in an interview with OncLive® following an Institutional Perspectives in Cancer webinar on melanoma, of which he was the chair.

In the interview, Yorio discussed the decision-making process for treating patients with BRAF-mutant melanoma, the use of immunotherapy in melanoma, and the management of cutaneous squamous cell carcinoma and basal cell carcinoma. Yorio is a medical oncologist at Texas Oncology, Austin Central in Texas.

OncLive®: In your presentation, you discussed BRAF-targeted therapy in patients with melanoma. Could you expand on the main therapies that are utilized in this patient population?

Yorio: We focused on the different combination therapies that are available for [patients with] BRAF mutations, [such as] vemurafenib and cobimetinib, dabrafenib and trametinib, and binimetinib and encorafenib.

We covered different options and data [that are available] with those combinations. We focused on the high initial response rates you will get with these targeted therapies. Most patients with BRAF mutations will see shrinkage of their tumors with these types of medicines, which is good. We discussed [what to do for] patients with high tumor burden who are symptomatic from their metastatic disease. Often, these agents [and combinations] can be used up front to get a rapid response.

We then looked at different trials and the long-term response rates that [these combinations produced]. At 5 years, the progression-free survival [rate can be up to] 20% with some of these combinations. Although this is targeted therapy, some patients continue to respond long term. Those will likely be patients that [initially] had a complete response or a very good partial response.

We discussed AEs with targeted agents. When thinking of our different options, [each is associated with various AEs]. We tend to see higher incidences of pyrexia with dabrafenib and trametinib, though [this is not as common with] encorafenib and binimetinib. However, [encorafenib and binimetinib] can produce more eye toxicity. With vemurafenib and cobimetinib, we see more diarrhea and other gastrointestinal AEs. It can be helpful to differentiate which pair of drugs we use [based on toxicity profile].

Finally, we discussed the good responses we have seen with ipilimumab [Yervoy] and nivolumab [Opdivo] in the BRAF-mutant population. Those patients tend to have a good response to ipilimumab and nivolumab up front. What you see long term is over 60% of those [patients with] BRAF mutations continuing to respond to up-front treatment.

Stephen Wrzesinski, MD, PhD, of New York Oncology Hematology, discussed immunotherapy in metastatic melanoma. What is driving treatment recommendations with this modality and why?

The biggest excitement around immunotherapy for melanoma is the number of patients that respond and the duration of response. What is exciting for us is that we’re now over 6 years out with data from some of the initial trials evaluating the combination of ipilimumab and nivolumab, or pembrolizumab [Keytruda] or nivolumab alone, and we’re seeing these long-term responders.

[These developments] make us optimistic, and what drives the excitement about immunotherapy is the potential of patients going into long-term remission. We always hesitate to use cure as a word for patients, but during these long-term remissions, [patients are] continuing to respond many years out, which is exciting.

Hopefully we’ll continue to see [these responses] long term, which was something we never saw for a metastatic disease like melanoma. [We now] have this hope and optimism that a patient with brain or bone metastases may have a chance to not only be alive, but be alive without any cancer many years later. This is something we didn’t think about 10 years ago. Now, these drugs drive that excitement.

Michelle Ashworth, MD, of Texas Oncology, Austin Central, discussed the management of cutaneous squamous cell carcinoma and basal cell carcinoma. What have been some of the major advancements in each of these diseases?

A lot of patients respond well and [experience] shrinkage of locally aggressive or metastatic basal cells. This can drive patients to potentially [receive] some type of other localized therapy down the road. High response rates are exciting with those drugs, and hopefully we continue to improve on that for those patients.

The highlight with squamous cell carcinoma includes PD-1 and PD-L1 inhibitors, and other immunotherapy drugs. This may not be the success story we see in melanoma, but it is close, where we see great responses. Many of those patients have long-term duration of response.

Thomas Amatruda, MD, of Minnesota Oncology, discussed adjuvant treatments in melanoma. What is the optimal way to use adjuvant therapy for patients with high-risk, node-negative, or node-positive melanoma?

Most of us think about immunotherapy first in these situations. Checkpoint inhibitors such as pembrolizumab or nivolumab are considered for stage III disease. We can use both of those drugs for high-risk, stage II melanoma, though we turn to pembrolizumab right now because it has the FDA approval.

[It is still unknown if adjuvant immunotherapy] will ultimately translate into any long-term overall survival benefits, but we’re seeing lower recurrence rates. For the patients that do recur, does it make a difference getting immunotherapy in the adjuvant setting, or could we have waited for those that recurred [to use immunotherapy] in the metastatic setting due to the toxicities involved? Those are the outstanding questions, though most of us lean toward using those [immunotherapy agents] as a way to decrease risk of recurrence.

Dr Amatruda also touched on the use of targeted treatments for patients with BRAF mutations in stage III melanoma. These are used less frequently given the daily toxicities patients have to deal with for an adjuvant treatment.

Looking more at node-positive melanoma, are there any other promising approaches in this population?

When we have patients with clinically positive lymph nodes, as opposed to a melanoma that is found by sentinel lymph node biopsy, the standard of care at this point continues to be full lymph node dissection for those patients, which can often be a problem. There’s always been debates on whether that influences long-term survival. There’s a thought of using neoadjuvant immunotherapy drugs to shrink these tumors down before going to surgery and whether that will benefit patients long term.

There have been studies that have shown high response rates and pathologic responses to the lymph nodes, which can hopefully limit some of the surgical procedures that we have to do. There is a lot of study in that area which continues to evolve right now. That is an area of excitement for those patients. In stage III disease, there are clinical trials looking at new combinations of immunotherapy for adjuvant treatment.

Is there any ongoing or planned research at Texas Oncology that you’d like to highlight?

There are many clinical trials that we’re involved in. There is a current clinical trial looking at nivolumab plus relatlimab [Opdualag] as an adjuvant treatment option for patients with stage III/IV disease that has been [surgically removed], where they have no evidence of disease now.

We’re continuing to look at other first-line combinations of immunotherapy for patients with metastatic melanoma, adding on to the backbone of the immunotherapy drugs we do have available and trying to see if we can help them work better.

The other big area we’re focused on is using immunotherapy for patients that are no longer responding to immunotherapy with metastatic disease. What do we do next? Are there drugs that we can add to immunotherapy to reactivate the immune system and help those drugs work again? That has been an area where we have different trials focused on that population of patients who are not getting that full, long-term response to immunotherapy.

What are the key factors for optimal disease management across melanoma?

There has been a lot of excitement and changes in melanoma, but it is important to continue to be involved in a multidisciplinary manner with surgeons, radiation oncologists, and medical oncologists to help treat these patients with stage I/II/III disease.

In the metastatic setting, it is important to look at clinical trials and try to continue to advance what we’re doing to make things better. We’ve made improvements from where we were 10 years ago. However, we still have a lot of patients that aren’t getting the benefit of these treatments that we need to [help].