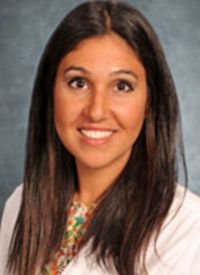 The FDA approval of tebentafusp-tebn (Kimmtrak) marks the first available therapy for adult patients with HLA-A*02:01–positive unresectable or metastatic uveal melanoma, a rare subtype of melanoma.

“When most [individuals] think about melanoma, they think about skin melanoma,” Marlana M. Orloff, MD, said in an interview with OncLive®. “Uveal melanoma is different; it starts in the eye. Patients are treated initially with ophthalmic plaque radiation, or another type of radiation, or removal of the eye. Despite the effective primary treatment of the eye, complications may occur for metastatic disease.”

The regulatory agency approved the bispecific gp100 peptide–HLA-directed CD3 T-cell engager based on findings from the phase 3 IMCgp100-202 trial (NCT03070392).1 Patients were randomized 2:1 to receive either tebentafusp (n = 252) or investigator’s treatment of choice (n = 126).

Because intrapatient dose escalation of tebentafusp had been found to reduce toxicity, tebentafusp was administered intravenously at a dose of 20 μg on day 1, 30 μg on day 8, and 68 μg weekly thereafter. During the dose escalation, patients were monitored overnight after they received the treatment for the first 3 weeks.

Investigators reported that treatment-related adverse effects (AEs) with tebentafusp were manageable and consistent with the proposed mechanism. The most common grade 3 or higher toxicities included rash (18%), pyrexia (4%), and pruritus (5%).

Among the 245 patients who received tebentafusp, grade 3 cytokine release syndrome (CRS) was experienced by less than 1% of patients and was found to be generally well managed. Notably, no grade 4 or 5 CRS effects were reported. However, a box warning is included for this toxicity, as it can potentially become serious or life threatening if not appropriately managed.

“Until the approval of tebentafusp, there was no systemic therapy that was specifically approved for uveal melanoma,” Orloff, associate professor at Jefferson University and physician in the Department of Medical Oncology at Sidney Kimmel Cancer Center in Philadelphia, Pennsylvania said. “We would often use [agents] that may be approved for cutaneous melanoma, such as immune checkpoint inhibitors, but they did not work as well as they did in cutaneous melanoma. We have an unmet need in metastatic uveal melanoma, because unfortunately, once [the disease is] metastatic, the prognosis is pretty poor.”

In an interview with OncologyLive®, Orloff, overviewed how this pivotal efficacy and safety data will improve the treatment paradigm for this underserved patient population.

What is unique about the mechanism of action of tebentafusp?

The immune system is not good at recognizing [uveal melanoma], which may be why immune checkpoint inhibitors won’t work [for these patients]. Tebentafusp acts as a high affinity magnet that on one end binds a T cell to the cell you want it to be attracted to the cancer and kill it and on the other side it binds to gp100 which is presented on the surface of the tumor. Tebentafusp identifies and forces them to engage, and then hopefully the T cell can then kill the cancer.

What are some of the top takeaways from the IMCgp100-202 trial?

This was a randomized trial. Patients were randomized in a 2:1 fashion to either tebentafusp or investigator’s choice, and the investigator was able to choose between a variety of treatments. Most patients ultimately received a type of immune checkpoint [inhibitor], either a PD-1 inhibitor or a CTLA-4 inhibitor, such as ipilimumab [Yervoy].

Ultimately, the data showed that the OS in the tebentafusp arm was superior to that of the investigator’s [choice] arm.

The safety data for tebentafusp was similar to what we have seen in some of the earlier trials. The safety is unique to its mechanism of action. The drug is really designed to pull a T cell over gp100, which can be expressed on the surface of cancer cells but also can be present in the skin on just general melanocytes. We often see—especially with the first 3 doses that are given in a closely observed setting—is significant rash. And that is related to the immune cells and T cells getting dragged over to the skin. But then typically after that third dose, it improves, and patients no longer get a significant rash.

Other [AEs] that we see, because the immune system is triggered in such a potent way, are [AEs such as] fever, potential drop in blood pressure, and potential drop in oxygen [levels]; so, something that is categorized as CRS, which is a constellation of potential problems with blood pressure and oxygen. And again, the highest risk for that is in those first 3 doses where patients are often observed in an inpatient setting. And then after the first 3 doses, we will see a drop of [AEs].

How do you see this approval affecting patients and the paradigm overall, and what would you like to emphasize to medical oncologists who will be using this agent in their practice?

This drug is only used in patients with a certain HLA-type—HLA-A*02:01. Because gp100 is expressed by the tumor through HLA, the drug was only designed to interact with this particular HLA-subtype, which is the most common subtype in this patient population. If you do not have [HLA-A*02:01], this drug wouldn’t be recommended. But for patients who are [HLA-A*02:01–positive], who have metastatic or unresectable uveal melanoma, this is certainly a game changer. We now have a drug that is approved for their disease.

It is weekly treatment, and the first 3 doses [must be] given in a closely monitored setting. This would not necessarily be for every [individual], either because of their HLA-status or possibly for clinical issues, at least initially. But it is going to change the way that we approach this disease. And the hope is that this is just the beginning.

gp100 is just 1 target; we want this to be the type of approach for other targets. We want to see it expanded to other HLA-types and figure out ways that we can improve on the drug, either by combinations or sequencing therapies.