Administration of teclistamab in combination with daratumumab and lenalidomide demonstrated promising overall response rates and tolerability in patients with relapsed/refractory multiple myeloma who had prior lenalidomide exposure, according to initial data from the phase 1b MajesTEC-2 trial. 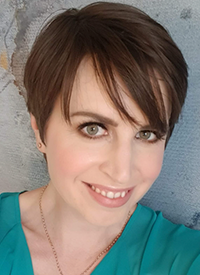 Administration of Teclistamab (Tecvayli) in combination with daratumumab (Darzalex) and lenalidomide (Revlimid) demonstrated promising overall response rates (ORR) and tolerability in patients with relapsed/refractory multiple myeloma who had prior lenalidomide exposure, according to initial data from the phase 1b MajesTEC-2 trial (NCT04722146). The regimen’s safety profile was consistent with that of teclistamab or daratumumab alone, and no new safety signals were identified. Findings were presented during the 2022 American Society of Hematology (ASH) Annual Meeting.

In terms of the hematologic safety profile of the combination therapy, the most common grade 3/4 hematologic adverse effects (AE) were neutropenia, which occurred among 78.1% of patients, 15.6% had thrombocytopenia, and12.5% had febrile neutropenia. The majority of non-hematologic AEs were low-grade, with any-grade cytokine release syndrome occurring most frequently among 81.3% (n = 26) of patients and lasted on average for 2 days.

The majority of infections among patients during treatment were low-grade. The most common grade 3/4 infections included pneumonia (15.6%) COVID-19 (12.5%), and sepsis (9.4%). Two fatal AEs occurred among patients, including 1 related to COVID-19 77 days following the last treatment dose, and another involving multiorgan failure due to sepsis.

“The safety profile of [the combination regimen] was consistent with what is known about the individual agents, with no new safety signals identified,” Emma Searle, MD, MRCP, FRCPath, presenting author of the MajesTEC-2 trial and honorary senior lecturer at the University of Manchester, said.

Patients with measurable multiple myeloma following 1 to 3 prior lines of therapy, including a proteasome inhibitor and immunomodulatory drug were eligible to enroll in the study.

In total, 80.6% of patients remained progression-free and were on treatment at the time of data cutoff. Patient responses deepened over time, and the median DOR had not been reached.

According to Searle, the triplet regimen will be prospectively compared vs daratumumab with lenalidomide and dexamethasone in patients with newly-diagnosed multiple myeloma who are transplant-ineligible or in the randomized, open-label phase 3 MajesTEC-7 trial (NCT05552222). This study will be presented as a trial-in-progress in a later poster session during ASH 2022.

Searle E, Quach H, Wong SW, et al. Teclistamab in combination with subcutaneous daratumumab and lenalidomide in patients with multiple myeloma: results from one cohort of MajesTEC-2, a phase 1b, multicohort study. Presented at: 64th American Society of Hematology Annual Meeting and Exposition;