Robert Figlin, MD, discusses the evolution of TKIs in renal cell carcinoma, the novel agents and changes to established therapies he is most excited about, and the challenges that still remain.

In the decade since the first tyrosine kinase inhibitor (TKI) was approved in renal cell carcinoma (RCC), the class of agents has dramatically improved patient outcomes, said Robert Figlin, MD.

“TKIs have changed both progression-free survival [PFS] and overall survival [OS] outcomes for patients with kidney cancer dating back to that first approval in 2005. We have had a decade of experience to learn about these drugs,” said Figlin, who serves as the director of the Division of Hematology/Oncology, associate director of Academic Program Development in the Samuel Oschin Comprehensive Cancer Institute, and a professor of Biomedical Sciences and Medicine at Cedars-Sinai Medical Center. “We have learned that the appropriate use of TKIs is giving them in sequence, and that monotherapy is superior to any combination therapies that we have tried.”

Today, TKI development in RCC continues to expand, with both cabozantinib (Cometriq) and lenvatinib (Lenvima) receiving breakthrough designations from the FDA in the summer of 2015.

Second-line treatment with cabozantinib reduced the risk of progression or death by 42% compared with everolimus (Afinitor) in patients with RCC, according to findings from the phase III METEOR study that were presented at the 2015 European Cancer Congress and simultaneously published in The New England Journal of Medicine.

The use of more established therapies, such as sorafenib, has also evolved. New scheduling regimens, which aim to decrease toxicities, have shown success and are currently being investigated, said Figlin.

OncLive: What new TKIs do you currently see the most potential for?

In an interview with OncLive, Figlin discusses the evolution of TKIs in RCC, the novel agents and changes to established therapies he is most excited about, and the challenges that still remain.Dr Figlin: There are two trials that are important right now. The first was presented at ASCO in 2015 using a drug called lenvatinib in combination with everolimus. Lenvatinib is a TKI against both VEGF receptors as well as FGF receptors, and when combined with the mTOR inhibitor everolimus, in a randomized phase II trial, the combination produced PFS benefits that were longer than either agent alone.

What are the next steps in understanding this?

How has the use of more established TKIs, such as sunitinib, evolved in recent years?

The other agent that has a lot of potential is cabozantinib; there was data recently presented on it at the 2015 European Cancer Congress. That is a drug that inhibits both the VEGF receptor as well as MET, another resistance pathway in kidney cancer. When compared to everolimus as monotherapy in the second-line setting, it produced PFS benefits that were better than everolimus, and comparable to or better than historical data in the second-line setting in refractory patients. This suggests that both of these drugs might be our first hint that inhibiting both the VEGF receptor pathway and resistance pathways may result in approved outcomes.The next step for both of these drugs is to gain regulatory approval. The big questions for many of us now are, “Is the benefit truly a contribution because of inhibiting resistance pathways? Are there more potent VEGF receptor TKIs, and what might they look in terms of their outcomes if compared to a better active competitor such axitinib [Inlyta], which is approved in the second-line setting?”When a drug has been on the market for an extended period of time, doctors start to learn how to better deliver it. Sunitinib was first approved on a 4:2 schedule, which involves 4 weeks of treatment and 2 weeks of rest. There have been attempts to modify the schedule while maintaining the dose, because we understand that maintaining the dose is associated with better outcomes. One way to do that is instead of offering the patient a 4:2 schedule, we offer the patient a 2:1 schedule, which is 2 weeks of treatment and 1 week of rest.

Do you think the 2:1 schedule will become the standard dosing schedule for sunitinib?

What are the biggest challenges that remain in RCC?

We now have multiple publications that suggest that switching from a 4:2 schedule to a 2:1 schedule is associated with an improvement in the side-effect profile, and there is no evidence that it reduces its effectiveness. A recent publication by a Chinese group has even used the drug in the frontline setting, starting at 2:1, showing that there is comparable efficacy and less toxicity than the 4:2. What that tells us is for a drug like sunitinib, the use has really evolved from what was on the package insert in 2006, to modified schedules that allow us to maintain dose intensity, improve quality of life, and allow patients to stay on the drug for a longer period of time.The FDA currently allows us to deliver the 2:1 schedule because it is basically the same dose as the 4:2. There are some continuing trials trying to further delineate its benefits, but I think that many doctors are already using that schedule in patients they think might be unable to tolerate or have not tolerated the 4:2 regimen.The problem with TKIs inhibitors is, eventually, everyone develops resistance. The question is, “Will we ever be able to find either more potent inhibitors or agents that are able to reverse resistance?”

Also, we are not curing people. I think we have done an incredible job at prolonging life, developing novel therapies, and improving the outcomes for patients with kidney cancer, but having done that, we have still not converted that into durable, unmaintained remissions that can be associated with long-term-disease control. Most treatments that are currently effective require continued therapy and continued management and tolerance of side effects. This is a challenge for patients. 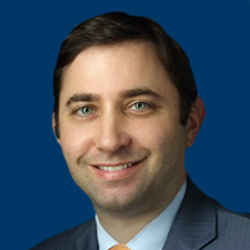 Dr. Choueiri on the Results of the KEYNOTE-564 Study in RCC