With patents expiring on some of the revolutionary agents in cancer treatment, the emergence of biosimilars as a lower-cost option has seen exponential growth. 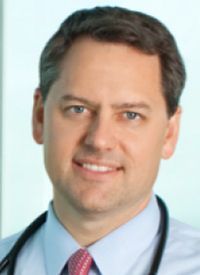 With patents expiring on some of the revolutionary agents in cancer treatment, the emergence of biosimilars as a lower-cost option has seen exponential growth. The interchangeable biological products have not only increased access to crucial cancer treatment agents but also saved the US health care system an estimated $7.9 billion in 2020.1

Bevacizumab (Avastin), rituximab (Rituxan), and trastuzumab (Herceptin) are reference drugs with biosimilars approved in oncology, with a total of 12 approved biosimilars between the 3 (TABLE 11-4).5 “Biosimilar products will continue to expand as more reference products lose patent protection,” Jeff Sharman, MD, said in an interview with OncologyLive®. Sharman is director of research at Willamette Valley Cancer Institute in Eugene, Oregon, and medical director of hematology research for the US Oncology Network. “Most physicians have accepted biosimilar growth factors already, but more and more therapeutic antibodies will also have biosimilar competition in the coming years,” he said.

Supportive care agents for cancer care have approved biosimilars as well. Filgrastim (Neupogen) has 3, pegfilgrastim (Neulasta) has 6, and epoetin alfa-epbx (Epogen) has 1.5

The leukocyte growth factors filgrastim and pegfilgrastim have similar indications to hel preduce the chance of infection in certain types of cancers because of low white blood cell count brought on by treatments such as chemotherapy.6,7 The erythropoiesis-stimulating agent epoetin alfa manages anemia caused by chemotherapy and has an indication for reduction of allogeneic red blood cell transfusions in patients undergoing elective, noncardiac, nonvascular surgery.5 In addition to oncology and supportive care, various areas of health care such as fertility and insulin have biosimilar development underway.8

Sharman explained that despite the similarity between the products and their reference agents, “biosimilar approvals are based on very different data than innovator therapies. Innovator therapy approvals are based on the familiar clinical development pathways of dose-finding phase 1 studies, signal-finding phase 2 studies, and large, randomized phase 3 pivotal studies. Biosimilar approvals are based upon totality of the data, which comprises a multitude of preclinical studies including molecular similarity, biochemical similarity, and often a single confirmatory phase 3 study in a suitable population where a clinical outcome can be measured along with immunogenicity, pharmacokinetics, and other variables.”

Biologics made up 43% of US medicine spending in 2019 for an average of $211 billion. Biosimilars are estimated to cost 30% less than their reference brand biologics (TABLE 2).1,9 Bevacizumab, rituximab, and trastuzumab emerged in the market in 2019, and, with biosimilar competition, oncology spending growth declined from 16% in 2018 to 10% in 2020.1 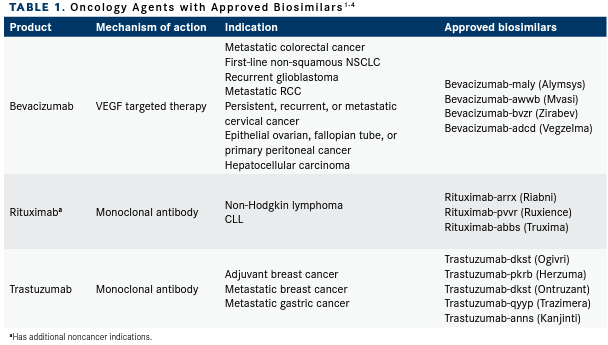 An analysis of real-world trends demonstrated that 8.2% of new prescriptions in 2020 for bevacizumab, rituximab, and trastuzumab were for their biosimilar products.9 “During the same period in 2020, when 5 trastuzumab biosimilars were available, 80.5% of patients initiating trastuzumab began treatment on a biosimilar, suggesting rapid uptake by providers. However, this differed by product,” Sharman said.9

As part of the Patient Protection and Affordable Care Act, the Biologics Price Competition and Innovation Act was passed by Congress in 2010 to create a shortened licensure pathway for biosimilar drugs. The act’s primary goals were to encourage biosimilar competition and reduce spending costs for brand-name biologics. Furthermore, the Executive Order on Promoting Competition in the American Economy in 2021 highlighted increasing support for biosimilar and generic drugs in the market and encouraged the FDA and Federal Trade Commission to prohibit anticompetitive practices.1

Results from Cardinal Health surveys conducted from 2020 to 2021 showed that more than 90% of oncologists were comfortable prescribing a biosimilar with FDA approval. However, 5% of participating oncologists said clinical trial data were necessary for them to prescribe biosimilars.10

Although data are a setback for biosimilar integration in practice, biosimilar integration in the market has other hurdles to surmount. Obstacles have arisen in part because of pharmacy benefit managers (PBMs), stakeholder incentives, Medicare Part D, hospitals in the 340B Drug Pricing Program, and policy makers. “Biosimilars have had variable uptake and often are driven by payer mandates,” Sharman said.

Stakeholder incentives remain an issue in the American health care system, and PBMs hold a large amount of control when it comes to the pricing of agents. Although the official role of PBMs is to manage and control drug spending by negotiating with drug manufacturers and pharmacies, they often receive rebates based on the manufacturer’s list price; they can negotiate with the goal of giving more expensive drugs instead of biosimilars to receive a higher rebate.11 Because PBMs manage pharmacy benefits for large employers, health insurers, Medicare Part D drug plans, and other payers, they control a large scope of the health care system by encouraging more expensive drugs and increasing prices, determining which agents are used most often.

Furthermore, as spending continues to increase for biologic drugs, Medicare reimbursement rules can hinder the adoption of biosimilars. Medicare pays providers for new outpatient agents based on wholesale acquisition cost plus 3%, but Medicare Part B reimburses providers when clinicians administer agents in a clinical setting or outpatient hospital based on average sales price plus 6%.1

With this process, clinicians receive a greater reimbursement for the more expensive reference drugs. Medicare Part D covers patient-administered biologics that are distributed through pharmacies, but a lack of biosimilars coverage limits the amount beneficiaries could be saving; the plan formularies including biosimilars did not encourage their use.1 The Office of the Inspector General for the US Department of Health & Human Services recommended that the CMS encourage plans to increase access to biosimilars and push for their use after analyzing the Part D biosimilar use and spending trends from 2015 to 2019. They found that a decrease of 18% ($84 million) in spending could have resulted if biosimilars had been used as frequently as the most commonly used biologics.1

“Insurance companies periodically mandate use of biosimilars or require an appeal if [a] branded product is to be used,” Sharman said. When biosimilars are used, companies can see large savings. Dean Foods recorded savings of 77% in 2019 after eliminating specialty drugs from their carrier and removing PBMs as part of their specialty drug savings program. The company spent $227,500 on 3 biologic drugs; after switching to 4 biosimilars, it spent $52,900.1 Additionally, the National Alliance of Healthcare Purchaser Coalitions reported that employers received incorrect safety and cost information about biosimilars from health plans, PBMs, benefits consultants, providers, and pharmacists.1

The creation of more competition in the market and greater access to agents are benefits as well. With time, misconceptions about biosimilars may be mitigated and coverage has the potential to expand, with expectations for state legislatures to introduce new policies supporting biosimilars.10

“If you believe that biosimilars are equivalent therapeutics, there should not be concern about differences in outcomes between different products,” Sharman said. “At that point, the discussion comes down more to economic considerations that may not be in the hands of the treating physician.”