Michael R. Bishop, MD: The 2 major medications that have been investigated and are in current clinical practice for the prevention and treatment of tumor lysis syndrome [TLS] are allopurinol and rasburicase. Allopurinol is a xanthine oxidase inhibitor. Going back to the pathophysiology, that’s where xanthine gets converted to uric acid, and it blocks that.

It blocks that enzyme, and therefore xanthine can’t be converted into uric acid. Allopurinol is more of a preventive measure because once uric acid forms, allopurinol minimally helps because it can block further uric acid formation. But it’s not going to take care of the uric acid that’s already there. It takes awhile for allopurinol to block that mechanism. It could take up to 24 hours, so you really need to be starting it early, rather than late, in the process.

Compared with rasburicase, which is a uric oxidase, it’s an enzyme itself. It actually dissolves present uric acid. If uric acid is already starting to accumulate, it can take care of that. If you have high uric acid levels, it can clear those out. As a matter of fact, the mechanism of action is very quick. If you take a sample, a serum sample, and look for uric acid and then measure it 4 hours later, you can see in the majority of patients a dramatic drop in uric acid from the use of rasburicase.

Anthony R. Mato, MD, MSCE: There are different drugs used for managing or preventing hyperuricemia. Allopurinol has been the standard of care now for several decades. The mechanism of action is a xanthine oxidase inhibitor, which is how the drug works. It prevents alternative pathways of uric acid production from happening in the tumor growth or tumor destruction. The dosing of allopurinol is based on kidney dysfunction.

The standard dosage for somebody with generally good renal function is 300 mg daily. If there is some level of renal dysfunction, you can follow the package insert. But then patients are generally decreased to 100 mg per day. It’s oral, and it could be prescribed through an outpatient pharmacy. In terms of safety, it’s generally well tolerated, but there can be rare complications—rash, fever, liver dysfunction.

There have been case reports of something called the allopurinol hypersensitivity syndrome, which has rarely led to life-threatening complications. In terms of efficacy, it works well but is much better at preventing a hyperuricemic event than it is for treating one. The reason is that it’s not treating acute spikes in uric acid, but it’s preventing uric acid buildup in the body. It generally needs to be started at least 72 hours prior to the cancer-directed therapy.

The alternative drug that we would consider using for either prevention or treatment of hyperuricemia is urate oxidase, or rasburicase. This is an enzyme, so it’s different from an enzyme inhibitor. This is actually an enzyme that is administered intravenously. It’s generally well tolerated, and it actually metabolizes or breaks down allopurinol into more water-soluble versions of itself called allantoins, which are easily water soluble and can be excreted from the kidney.

It’s interesting that urate oxidase is an enzyme that every mammal has except for humans. We’re essentially giving to people what every other mammal would have. There are only rare theoretical concerns with urate oxidase, or rasburicase. One of them is that it can trigger anemic events if a patient has a genetic disorder called G6PD deficiency. There is a concern rarely for second use of the drug in terms of the development of antibodies to this enzyme because it’s a biological agent.

But outside those 2 concerns, I haven’t really seen any consequences to its use, and I’ve never really seen an adverse effect. One thing to know about using that drug is because it is an enzyme, in a sense it’s chewing up uric acid constantly, but after you get the drug, you have to be able to store the blood on ice. Otherwise, the drug will continue to work in the test tube at lowering the uric acid. Then you’ll have a falsely low level.

The big difference between allopurinol and rasburicase, or urate oxidase, is that urate oxidase can be used for treating acute spikes in hyperuricemia or uric acid. It is effective at lowering the level from any elevation down to 1 that’s normal or below normal on the scale of a few hours. The dosing is technically weight based according to the FDA label, but many people use flat dosing—either 3 mg or 6 mg is a flat dose as an off-label use. This worked quite well and can last for several days at keeping the uric acid in check.

Michael R. Bishop, MD: In terms of prevention, that’s where the selection of allopurinol vs. rasburicase comes into play, because in the latter situation when you already have full-blown laboratory and clinical tumor lysis syndrome with high uric acid levels, you’re going to be wanting to think about using rasburicase in those situations. In the preventive situation, it comes down to that risk stratification we discussed before.

For those patients, I would like to describe as a low-intermediate risk, you can probably feel very comfortable in regard to the use of hydration and allopurinol alone. But in those high-risk patients, the classic example of this is a patient with Burkitt lymphoma. When I was in training, that was always the classic case of tumor lysis syndrome, but also for very high-grade lymphomas in patients with acute leukemias with a high burden, bone marrow burden, and high white blood cell count. Those are the patients I’m going to be thinking about: if they were not receiving 100% probability that they’re going to develop some at least severe laboratory form of tumor lysis syndrome and likely clinical tumor lysis syndrome. Those are the patients I’m going to be leaning more toward using rasburicase as a preventive medication as opposed to allopurinol.

Anthony R. Mato, MD, MSCE: All patients who are at risk of developing TLS should receive allopurinol, unless there is an analogy or some other contraindication. The patients with the very aggressive tumors, the elevated uric acid at baseline, and those who have a very high risk of developing TLS despite standard measures like fluids and allopurinol might be the best cases for rasburicase as prophylactic measure. Any tumor where you’re monitoring and you develop a high elevated uric acid or a kidney dysfunction secondary to that uric acid elevation would be a good candidate for intervention with rasburicase for treating the hyperuricemia. 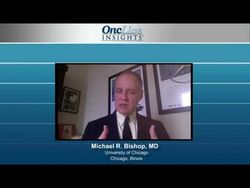 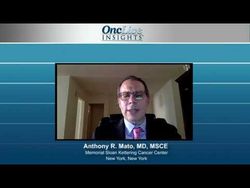 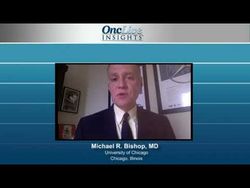