Thrombocytopenia Is Associated With High Levels of Fatigue in Myelofibrosis

Jeanne M. Palmer, MD, discusses a retrospective analysis of the PERSIST-1 and PAC203 trials, the symptoms that were analyzed across patient populations, and what the findings from this research indicate about the relationship between low platelet counts and symptoms such as fatigue in myelofibrosis. 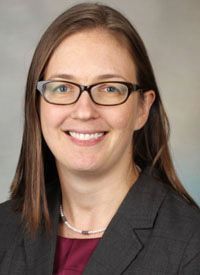 “We’ve learned a couple lessons from this research,” Palmer said in an interview with OncLive®. “First, [we now] understand that the fatigue and some of the other symptoms associated with myelofibrosis may not only be related to anemia. Second, thrombocytopenia [may play a role in the symptom burdens of] these patients, and maybe in cytopenic patients in general.”

In the interview, Palmer discussed the unmet needs in thrombocytopenia that prompted this analysis, the symptoms that were analyzed across patient populations, and what the findings from this research indicate about the relationship between low platelet counts and symptoms such as fatigue in myelofibrosis.

Palmer is the vice chair and section chief of Hematology and the program director for the Blood and Marrow Transplant Program at Mayo Clinic in Phoenix, Arizona. She is also an instructor at the Mayo Clinic Medical School and the University of Arizona.

OncLive®: What was the rationale for this retrospective analysis exploring the symptoms associated with thrombocytopenia in patients with myelofibrosis?

Palmer: Thrombocytopenia is 1 of the complications of myelofibrosis. It’s challenging for several reasons. First, generally patients with thrombocytopenia have more advanced disease and a higher risk of progression to [another disease], such as acute myeloid leukemia.

Additionally, there is not a good therapy for thrombocytopenia. Unlike in anemia, where we have medications that may increase hemoglobin levels, the only treatment we can do for thrombocytopenia is transfusion, and we usually reserve that for when patients have low platelet counts and a higher risk of bleeding.

The effects of thrombocytopenia on quality of life and symptoms have been fairly unsteady. This is what inspired us to look at the TSS data from the PERSIST-1 and PAC203 studies. We have always heard from patients that they have many symptoms. [We were interested in the potential of] a unique [trait of] thrombocytopenia that would cause fatigue in patients, even in the absence of anemia. Anemia is known to cause fatigue, regardless of its cause.

What findings from this analysis are important to note?

In this analysis, we took patients from the PERSIST-1 and the PAC203 studies and tried to isolate patients who had either only thrombocytopenia with a hemoglobin count greater than 10 g/dL, or only anemia with a normal platelet count. Both these studies included JAK-naïve patients, [those who] had never experienced treatment with a JAK inhibitor.

What symptoms did you analyze with TSS v1.0 and v2.0, and how did the symptom scores compare with each other?

When we looked at the different patient populations, including those with [isolated] low platelet counts and those with isolated low hemoglobin counts, we found that in general, the TSS trended slightly higher in those with isolated thrombocytopenia. Interestingly, when we focused on the fatigue symptoms and the inactivity, we found that patients who had isolated thrombocytopenia had slightly worse fatigue compared with those who had isolated anemia. This was surprising, as we would have expected that low platelet counts alone should not be associated with this much fatigue, especially compared with patients who had anemia.

It’s difficult to know why these scores were found to be different. One of the possibilities is that patients who have low platelet counts often have more advanced disease, therefore they may have more symptoms associated with [their increased disease progression]. There also may be [a quality] intrinsic to thrombocytopenia that can cause fatigue. We see in some other disease types, such as immune thrombocytopenia, that patients who have low platelet counts will often have increased fatigue.

It’s difficult to interpret whether these findings mean anything different for anemia. The number of patients who had isolated anemia was quite low, at 20 patients. This population also had a significant symptom burden, just not to the degree of those with low platelet counts.

What main message would you like to impart to colleagues?

This research brings new knowledge to light. It highlights the therapeutic options needed for patients with low platelet counts. Overall, we should take into account some of these different cytopenias when considering the different manifestations of myelofibrosis and how we should approach them. 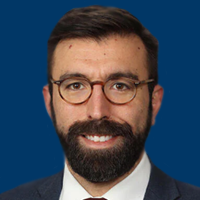