Kari B. Wisinski, MD, discusses the evolving but challenging field of TNBC and what therapies are moving through the pipeline in TNBC and other breast cancer subtypes. 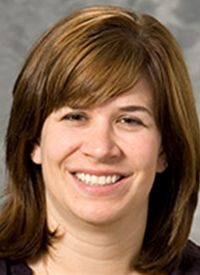 While chemotherapy regimens remain the standard approach for patients with triple-negative breast cancer (TNBC), investigators have been exploring other agents within this heterogeneous disease, including PARP inhibitors and checkpoint inhibitors.

Some TNBCs have demonstrated sensitivity to immunotherapy, specifically in patients with high levels of PD-L1 expression. Most recently, phase Ib/II findings demonstrated that the combination of eribulin (Halaven) and pembrolizumab (Keytruda) had a promising objective response rate at 41.2% for untreated patients with metastatic TNBC.1

At the 2017 ASCO Annual Meeting, preliminary results will be presented from the phase II KEYNOTE-086 trial cohort B, which is looking at pembrolizumab in the first-line setting for patients with PD-L1—positive metastatic TNBC.2

Moreover, PARP inhibition is currently being studied in a phase I trial in patients with unresectable metastatic solid tumors, including TNBC (NCT02317874). In the study, patients are treated with the PARP inhibitor talazoparib plus carboplatin/paclitaxel, and maximum-tolerated dose and recommended phase II dose are the primary endpoints.

OncLive: You lectured on TNBC and emerging therapies at the meeting. What can you share about the TNBC paradigm?

In an interview during the 2017 OncLive State of the Science Summit on Metastatic Breast Cancer, Kari B. Wisinski, MD, an associate professor of medicine at University of Wisconsin School of Medicine and Public Health, discussed the evolving but challenging field of TNBC and what therapies are moving through the pipeline in TNBC and other breast cancer subtypes.Wisinski: The key thing I talked about is how this is a different type of disease. Particularly, this affects younger women and African-American women, and it has an association with BRCA1 carriers. Then, I transitioned to talk more about the role of chemotherapy—particularly the ABC study that came out last year at the 2016 ASCO Annual Meeting, which supported the use of anthracyclines in TNBC for early-stage adjuvant therapy.

Can you discuss the ABC study and what it demonstrated?

What are your thoughts on the buzz of immunotherapy surrounding TNBC?

Please discuss sacituzumab govitecan (IMMU-132) and the role of chemotherapy in TNBC?

I also talked about carboplatin and its role in neoadjuvant therapy for TNBC, some of the current data, the limitations of that data, and where we currently stand. The ABC study was a gathering of a few different studies that looked at anthracycline-containing chemotherapies with taxanes versus docetaxel and cyclophosphamide chemotherapy for 6 cycles. The question was, can we avoid anthracyclines safely in early stage breast cancer? The data very clearly showed that anthracyclines have a role, particularly in TNBC. TNBC is not 1 disease and we know that there are multiple different subtypes of TNBC. That really ties into the immunotherapy question, because there has been a portion of women with TNBC who do seem to benefit from immunotherapy. But, we don’t have the ability to select which patients those are. It is very possible that it might link back to some of those subtypes of patients with TNBC, or some of the mutational burden of these tumors. Well, sacituzumab govitecan is still a chemotherapy. It is an antibody-drug conjugate that is targeting chemotherapy to the cancer cells, based on the expression of Trop-2 in TNBC. It is an interesting agent, but it does need to be validated prospectively in larger studies.

What other challenges are we facing in TNBC?

Moving over to your other session on emerging therapies, what can you share that is in development?

Then, there some TNBCs that are more androgen receptor (AR)-driven and potentially making it not about the role of chemotherapy in those subtypes, but AR-directed therapies or other targeted therapies would make some sense. I don’t think that, for the whole group, we will get away from chemotherapy. It clearly has a role; TNBC, in general, is thought to be chemotherapy sensitive, but we need to do a better job of selecting therapies. The major challenge is that we don’t have a targeted therapy at this point in time. Again, chemotherapy can be highly effective in this disease in both early stage breast cancer in preventing recurrences, but also in metastatic disease for controlling the disease burden. Chemotherapy has risks and toxicities, and we still need to identify who benefits from which chemotherapy and which breast cancers may be able to be treated with a targeted therapy instead. Aside from sacituzumab govitecan, which is an agent of interest in TNBC, I spoke about the PARP inhibitors. In ovarian cancer, we have seen more data leading to the approval of 2 PARP inhibitors. We in the breast cancer world have known that these drugs have some role, and we are starting to see some real supporting data for that. I spoke on the current data with the PARP inhibitors and alluded to the plenary session at the 2017 ASCO Annual Meeting of a phase III study with olaparib (Lynparza).

What is it like to witness a potential invasion of PARP inhibitors in this area?

What emerging agents in HER2-positive breast cancer have potential?

What are the key takeaways for community oncologists from your discussions?

Regarding the studies at the University of Wisconsin, there is 1 with carboplatin/paclitaxel and the novel PARP inhibitor BMN 673 (talazoparib); that is an ongoing study that we have open. Then, I talked about AR-targeting in TNBC in those cancers that have AR expression, and about a study that we have open through The Big Ten Cancer Consortium on bicalutamide, an AR-targeted agent, in combination with a CDK 4/6 inhibitor, ribociclib (Kadcyla). It is always exciting to see any new therapy come to the forefront for cancer treatment. For someone who does clinical research, you understand how long that can take and how many different clinical trials it takes to support something moving into the clinic, so it is very exciting. It is also interesting to think that we can learn from other cancer types. What we are learning about cancers is that we sub-segment them based on where they originate, but we should be thinking more about what is driving the cancer growth. There can be times where a certain mutation that is found in the cancer may be more important than where the cancer originated. We should…[start to] think about cancer in general a little more broadly and how we bucket it a little bit differently.ONT-380 is a tyrosine kinase inhibitor to HER2 that has shown some interesting preliminary data—both in terms of efficacy systemically but also in brain metastases. Some of that is from original data and a phase III study that we have opened at University of Wisconsin that is looking at this agent. The key is that we continue to need to do clinical research to help us understand better how to use these new agents that are coming to the forefront and use them smartly for our patients with cancer. We have to think about how we design these clinical trials, but also how we take that information to the clinic and make sure that we continue to learn as we use them in the clinic.