Treatment Opportunities Expand for HER2+ Breast Cancer With Brain Metastases

Suchita Pakkala, MD, discussed how treatments like tucatinib and fam-trastuzumab deruxtecan-nxki have widened the armamentarium for patients with brain metastases; the importance of enrolling these patients in clinical trials; and what future treatment sequencing might look like for this population. 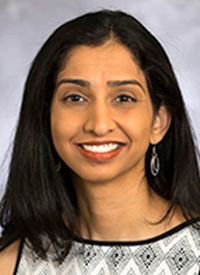 Patients with HER2-positive breast cancer with brain metastases now have several clinical trial and treatment options, due in large part to the innovative phase 2 HER2CLIMB study (NCT02614794), which changed trial designs in this arena by enrolling patients with active brain metastases, according to Suchita Pakkala, MD.

The total population of the HER2CLIMB trial, which studied tucatinib (Tukysa) plus trastuzumab (Herceptin) and capecitabine (Xeloda) vs placebo plus trastuzumab and capecitabine in pretreated HER2-positive metastatic breast cancer, included 612 patients, 291 of whom had active brain metastases at baseline. The combination elicited a 1-year progression-free survival (PFS) rate of 33.1% in the overall population and 24.9% in the patients with brain metastases.1

“Patients [with brain metastases] are now eligible for more trials, at least [those studying agents] we feel might have activity in the brain,” Pakkala said in an interview with OncLive®.

In the interview, Pakkala, an assistant professor in the Department of Hematology and Medical Oncology at Emory University School of Medicine and the site medical director of Infusion Services at Emory University Hospital Midtown, both in Atlanta, Georgia, discussed how treatments like tucatinib and fam-trastuzumab deruxtecan-nxki (Enhertu) have widened the armamentarium for patients with brain metastases; the importance of enrolling these patients in clinical trials; and what future treatment sequencing might look like for this population.

OncLive®: How have therapies for patients with HER2-positive metastatic breast cancer with brain metastases evolved over time, and what key trials were involved in these advancements?

Pakkala: This area has expanded more recently because traditionally, many patients who had metastatic breast cancer were excluded [from clinical trials] if they had brain metastases or active brain metastases.

What key TKIs and antibody-drug conjugates (ADCs) are active in the central nervous system (CNS)?

[Active TKIs include] tucatinib, neratinib [Nerlynx], lapatinib [Tykerb], and pyrotinib, [which is] not [FDA] approved and has been studied more in Asia. ADCs include trastuzumab deruxtecan and ado-trastuzumab emtansine [Kadcyla]. There are also some data for high-dose trastuzumab, which is a monoclonal antibody, with pertuzumab [Perjeta].

Could you expand on early promising data in patients with leptomeningeal disease?

How might future studies better clarify treatment sequencing in this population?

We are still trying to figure out how to integrate local therapies. The HER2CLIMB design allowed for patients who had only CNS progression to continue on the trial [after receiving local therapy]. That may be another avenue for [patients] in the future.

[Similarly], the [phase 2] BRIDGET trial [NCT05323955] is looking at patients who are either on [trastuzumab and pertuzumab] maintenance, or trastuzumab emtansine maintenance. If they progress with isolated CNS disease, they can get local therapy and then, with the addition of tucatinib, be enrolled on this trial. It’s looking at maybe adding combination therapy in that setting with the addition of local therapy.

Many more trials will be looking at either combinations or radiation for isolated disease if [patients’] systemic disease is otherwise controlled.

What upcoming research in HER2-positive disease is Emory University involved in?

We don’t have any [ongoing trials] in this area, but we may be opening 1 soon. We’ll need to decide if we have a patient population for that trial.

We do have patients who are being treated with tucatinib, and those patients are enrolled in studies. We have studies that include tucatinib, which has disease activity in the brain, and we have studies that include trastuzumab deruxtecan, which also has disease activity in the brain, so by default, some of these patients will be on a broader study. [These studies are] not specific to patients with brain metastases but are broader studies where they could enroll and be on an active drug.

What main message about the treatment of HER2-positive breast cancer with brain metastases would you like to impart to colleagues?

We have an ever-expanding role here for enrolling patients in trials, where we can learn more information about whether these drugs are active. Another complicating factor regarding getting patients on trial is that patients with active brain metastases oftentimes have a shorter window of treatment time. Keeping these trials open at many sites and making sure you have patients who you could potentially consider for these trials is probably a good focus for moving forward in this area.

We also have many promising options in terms of either combinations or continued therapy with many drugs. Regarding sequencing, we may find out, more so in broader trials, what the activity is, and that may play a role in terms of how we sequence agents that are active in the brain as well.