Alexander Drilon, MD: The field of target therapy development has become very forward thinking, in terms of recognizing that in advanced cancers, obviously the liability would be that these tumors eventually learn how to outsmart anything we throw at them. And so, fortunately in the TRK fusion—positive space, the development of second-generation drugs that address acquired resistance have been relatively early on.

And we know that there are select TRK fusion—positive tumors that will receive a first-generation drug like larotrectinib or entrectinib and, at some point, will acquire what we call on-target resistance to the treatment, to the first-generation tyrosine kinase inhibitors. And this means that these cancers remain reliant, signaling through the TRK fusion, but they do so in many cases by acquiring a new mutation on top of the fusion within the kinase domain—and this isn’t a new observation. This happens in ALK fusion–positive with exposure to earlier-generation drugs, and this also happens in ROS-1 fusion–positive cancers with exposure again to a drug like crizotinib.

What happens is that with the acquisition of these new mutations on top of the fusion, it becomes much more difficult for a first-generation agent to bind, and so these cancers are able to grow in the presence of these first-generation drugs, even though they may have worked very well early on.

Now, going to the second-generation agents, these were specifically designed to target these mutations. And examples of drugs that are already in early phase clinical testing are LOXO-195 and repotrectinib, or TPX-0005. And these drugs work not just against the original TRK fusion, but they were also designed to work against these mutations that represent on-target mechanisms of resistance. And these drugs are not only in phase I clinical testing, but select responses have been described for both drugs. So there were patients who went on the first-generation pill, developed resistance mediated by immune mutation, went on one of these 2 drugs, and thereafter we were able to reestablish disease control.

So I think this is obviously a huge advantage for a patient, because it’s something to look forward to if their cancer does develop resistance at some point down the line, knowing that these responses can be very durable. We have some patients on larotrectinib, for example, that are 3 or 4 years out from when we initially started therapy, but should the cancer develop resistance, there are these next-generation pills that are available at different sites across the globe.

The use of combination targeted therapy for patients with a particular driver is really dependent on whether or not these cancers might be reliant on a second gene or a second pathway. And so, that brings us to whether or not some tumors, when they develop resistance, for example, to larotrectinib or entrectinib, might be reliant on an off-target or a bypass mechanism that subsequently drives cancer growth. And I think that is a field that’s still currently being explored.

So far, the mechanisms of resistance that have been described have all been on target, meaning tumors remain reliant on the TRK pathway for signaling. But should we discover these bypass pathways that mediate the development of resistance, and if we have matched pills that target that bypass pathway, then feasibly at some point, we might think about doing combinatorial therapy up front to prevent the development of resistance or using them at the emergence of resistance. So I think the take-away here is that it’s still too early to say that combination therapy would be most appropriate for these patients.

Going back to the activity that we’ve observed with larotrectinib, again, we’re really seeing fantastic results with just a single agent or a single pill. So I don’t think that there’s a substantial unmet need to develop a combination therapy for these TRK fusion—positive patients. But we’ll see what happens with further research. 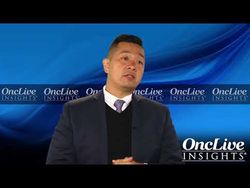 What's Next in TRK-Targeted Therapies 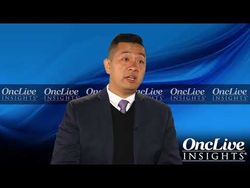 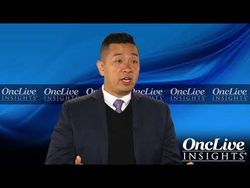