It is highly probable that molecular profiling is the key to more precise treatments, as well as prediction of outcomes in metastatic colorectal cancer.

Division of Hematology and Oncology

Metastatic colorectal cancer (mCRC) has been transformed from a one-drug disease with a median overall survival (mOS) rate of 6 months to one that presents an opportunity for multiagent, multimodality treatment pathways with an overall survival (OS) rate of nearly 3 years. This progress can be attributed to a continually growing understanding of the variable molecular biology of CRCs; the vast improvement in technology offering a way to assess these differences and, to some degree, tailor treatment to them (eg, for EGFR and HER2 inhibition); and increased access to novel, more diverse, and selective therapies.

Currently, the standard first-line treatment for inoperable mCRC is combination chemotherapy with an oxaliplatin- or irinotecan-based fluoropyrimidine- containing regimen (usually FOLFOX, FOLFIRI or FOLFOXIRI), commonly combined with a biological agent—ordinarily either the anti-VEGF inhibitor bevacizumab, or, for patients with RAS wild-type tumors only, the anti-EGFR inhibitors, cetuximab or panitumumab. Until recently, bevacizumab and cetuximab seemed to have the same efficacy when added to chemotherapy in the frontline treatment of RAS wild-type patients.

A myriad of data supports the standard practice described above. However, in light of a new retrospective analysis, carried out by Venook and colleagues, this tradition is now being challenged. The potentially practice-changing post factum analysis of the Cancer and Leukemia Group B/ Southwest Oncology Group (CALGB/SWOG 80405) trial, recounted by Alan P. Venook, MD, at the 2016 ASCO Annual Meeting, demonstrated that in patients with mCRC receiving first-line therapy, the anatomic location of the tumor within the colon appears to have an impact not only on patient survival (Figure) but also on response to biological therapy. The apparent efficacy of bevacizumab and cetuximab differs according to the location of the patient’s tumor (whether in the right or left side of the colon).

Thus, patients with tumors originating in the right side of their colon generally had a much shorter mOS (19.4 months) than patients whose tumors seeded in the left side (33.3 months; HR, 1.60; P <.001). This was true for KRAS wild-type and mutant tumors, regardless of cetuximab or bevacizumab-containing therapy (Figure A).

Left or Right Side?

These results suggest that cetuximab might actually be detrimental to patients with right-sided tumors, making bevacizumab the better option for these patients, regardless of RAS status. On the other hand, it seems that cetuximab was better for left-sided tumors (Figure B).As a disconcerting side note, patients with primary tumors that were right-sided RAS-mutated appeared to have a better response to cetuximab than those that were right-sided RAS wild-type (23.3 vs 16.7 months). If this finding is further validated, it throws our whole belief system into question, or in Venook’s words, “if true, we know less about RAS than we think we do”.

Venook concluded that all differences in his reported study are probably due to differences in the underlying biology and that the anatomic location is a perhaps a proxy of these biological differences.

However, whether to use bevacizumab or cetuximab in the first-line treatment of patients with left-sided tumors is still a matter of debate, and the answer to this question lies in the design and execution of well-planned, prospective, randomized trials in patients with validated left- or right-sided CRCs receiving standard chemotherapy plus VEGF or EGFR inhibitors. For now, the decision to use cetuximab over bevacizumab for KRAS wild-type left-sided tumors remains a personal one for the patient and physician.Another study based on an analysis of the SEER database, presented by Deborah Schrag, MD, MPH, at the 2016 ASCO Annual Meeting, revealed that patients with right-sided stage III or IV CRC had inferior mOS compared with left-sided colon and rectal tumors.4

Such tumor location—dependent differences in patient outcome are likely due to differences in biology between the right and left sides of the colon, somehow affecting response to therapy. These findings likely are not surprising in light of the recent consensus regarding the molecular subtyping of CRC, wherein it was classified into 4 different groups: CMS1 (microsatellite instability immune), CM2 (canonical), CMS3 (metabolic), and CMS4 (mesenchymal).6 Differential distribution of the 4 classes in various anatomic localities suggests biological differences between colorectal tumors within these different regions.Before sidedness became an acknowledged consideration in the treatment of CRC, several studies compared cetuximab with bevacizumab chemotherapy regimens in the treatment of this disease. The multicenter FIRE-3 trial compared FOLFIRI plus cetuximab with FOLFIRI plus bevacizumab in the first-line treatment of 592 patients with KRAS exon 2 wild-type mCRC.

Likewise, in an extended RAS wild-type population, mPFS was similar (10.4 months in the cetuximab arm vs 10.2 months in the bevacizumab arm; P = .54), but mOS was markedly longer in the cetuximab arm (33.1 vs 25.6 months; P = .011).8 In his 2016 ASCO presentation, Venook incorporated results from a recent retrospective left- versus rightsided analysis of patients in the FIRE-3 trial that the authors had shared with him. Results from the FIRE-3 trial corroborated with those from the CALGB/SWOG 80405 trial: the OS of patients with left-sided tumors was more than double that of individuals with right-sided tumors.

In the original CALGB/SWOG 80405 phase III trial, conducted between November 2005 and March 2012, the initial plan was to enroll patients unselected for their KRAS status. However, after 4 years of research, the inclusion criteria were altered to allow only patients with KRAS wild-type tumors into the study. Of 2334 patients with KRAS wild-type tumors (exon 2, codons 12 and 13) randomly assigned to receive chemotherapy plus cetuximab or chemotherapy plus bevacizumab (regardless of primary tumor side), the mOS was found to be equivalent in the 2 treatment arms: 29.9 months (range, 27.6-31.2 months) in the cetuximab group versus 29.0 months (range, 25.7-31.2 months) in the bevacizumab group.9 These findings demonstrated that if mCRC is taken as one disease, regardless of primary location, both bevacizumab and cetuximab are appropriate choices for addition to a chemotherapeutic backbone when treating patients with RAS wild-type mCRC.

However, the discovery that CRC has multiple biological “personalities” depending on the primary tumor site has caused oncologists to question the concept of one-biologic-fits-all sites.Venook’s recently presented data have opened the door to many interrelated questions, such as whether sidedness of the primary tumor has an impact on the benefit of biologics in the adjuvant setting.

Both bevacizumab and cetuximab were previously tested in the adjuvant setting but with no promising outcome. However, now we can wonder whether tumor sidedness has an impact on outcome, and whether we should reanalyze data for this variable. Other questions relate to standard chemotherapy as a backbone of treatment: could sidedness affect response to different cytotoxic chemotherapy regimens?

It is noteworthy that results from the retrospective analyses of the CALGB/SWOG 80405,1 CRYSTAL, and FIRE-3 trials2 were based on differences between tumors in the right or left colon, where left-sided tumors were defined as splenic flexure, descending colon, sigmoid colon, and rectal tumors. However, do all left-sided tumors share the same molecular features, particularly those in the colon versus the rectum? That is, are rectal tumors clinically and biologically different from colon tumors, and do these differences impact response to therapy? Indeed, we are currently examining the molecular and clinical variances between rectal and left-sided colon cancers.

In this study, we will test the feasibility and effectiveness of applying a real-time panel of biomarkers (TOPO1, ERCC1, pan-RAS, and BRAF) to guide the selection of first-line treatment in patients with chemotherapy-naïve mCRC, aiming to develop a strategy that will provide each patient with a personalized treatment recommendation.For decades, it was assumed that CRC was one disease. However, researchers are now beginning to understand that it is a heterogeneous and biologically diverse cancer. Moreover, it is becoming evident that oncologists should not simply treat all patients with CRC with the same regimen. Personalized treatment plans must be developed for each patient based on their tumor’s genetic subtype and, perhaps, location.

It is highly probable that molecular profiling is the key to more precise treatments, as well as prediction of outcomes. In this fascinating new era of oncology, we are beginning to look for ways to minimize treatment and best determine how to customize therapy for each individual patient.

More data are certainly needed, and further prospective studies are required to confirm such findings, but it is becoming unmistakable now that a one-biologic-fits-all sites approach does not apply to CRC, which is certainly no longer a one-size-fits-all disease.

Acknowledgments: We would like to thank Marion L. Hartley, PhD, science writer for clinical research at the Ruesch Center for the Cure of Gastrointestinal Cancers, Lombardi Comprehensive Cancer Center, Georgetown University, for her edits and suggestions during the composition of this article. 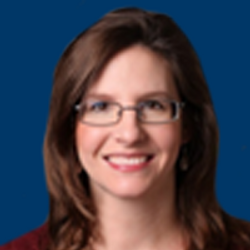 Adult Nonmalignant Hematology Is an Endangered Field That Merits Protection 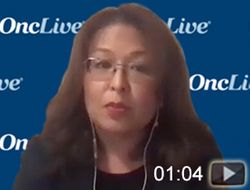