Parameswaran Hari, MD: That’s also something that’s very difficult to pin down in terms of incidence number. When you look at these retrospective series, you find that a lot of us are probably missing self-limited TMAs; nobody really knows that incidence.

If you look any retrospective series, they usually say that if TMA was missed, those patients tend to do poorly. The longer it takes to diagnose them, they tend to do poorly; these are the people who are left with persistent proteinuria even if you save their lives because they have already suffered kidney damage.

I have had some varied presentations, talking of schistocytes. I had a patient who had persistent nucleated red cells because her bone marrow was trying to react to her. She had excellent splenic function so she was sopping up all the schistocytes and a few of the nucleated red blood cells. All we found as evidence of hemolysis on the peripheral scan were these nucleated red blood cells, and a rising LDH [lactate dehydrogenase], the context in which we diagnosed it.

Very recently I had a patient whose primary initial manifestation was unexplained hypoxia, until we figured out that this was all for pulmonary hypertension and right-sided restrain; we did not connect all the dots. The patient only had mild hypertension at that time.

This self-limited diagnosis is a little bit of a misnomer in that these are patients who maybe just have schistocytosis and they don’t truly have a TA-TMA [transplant-associated thrombotic microangiopathy]. Whereas if you look at the true TA-TMAs and you miss it, you’re probably going to pay a price.

Samer Khaled, MD: Right. In certain situations when we have patients on combination tacrolimus and sirolimus, and you all do one of those mitigations, you see kind of the reverse of the science of the TMA.

I do agree with you that there are some cases that are very atypical. I have a patient who’s 9 years out of transplant, and she had renal insufficiency but there were no schistocytes, LDH was normal, and she did have hypertension from before so that didn’t trigger anything. Then to figure out why she had this renal insufficiency, we sent for a biopsy, and it came back as a TMA.

There are those cases that present very atypically and are very challenging to diagnose. Christine, do you want to comment about self-limited TMA?

Christine Duncan, MD: There are some really interesting points there. To go a little bit backward, one of them is what you were just mentioning; we think about self-limited diagnoses and people get through that acute injury, and then they’re OK. Sometimes there are other endothelial syndromes we see in transplants, but their pain goes away.

There is something unique about TMA; it may seem that someone survives or gets through this acute period, but just like you mentioned, years later you’re seeing this unexplained renal injury in survivors. I think about that patient population with neuroblastoma, where we have children who are treated or transplanted when they’re 3 or 4 years old, and then they’re entering into adolescence and all of a sudden they’re having renal failure, renal compromise, or hypertension that’s hard to control. We started to look back at those patients and are questioning not whether it’s related to their primary tumor, but maybe those patients did have undiagnosed TA-TMA. As our awareness has grown of this in the field, we’re going to understand a whole lot more about what this means not just in that important acute period, but if you make it through this and you have self-limited or acute TMA, it may have long-term effects on renal function or perhaps pulmonary function later on.

There is probably some population that has mild endothelial syndrome, and you make them change the medications, and they’re OK. We don’t fully know that the self-limited is truly limited. We don’t know what that long-term impact is; that’s going to be another area of critical investigation going forward. 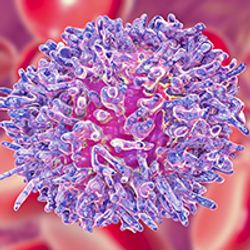