David S. Hong, MD: The NTRK inhibitors are really a class of molecules that target the NTRK receptor, or the consequence of a fusion of the NTRK genes 1, 2, and 3 with other fusion genes that leads to a protein that ultimately leads to what’s called constitutive activation of that pathway, leading to uncontrolled growth of a specific cancer.

To date, we don’t fully know the prevalence of all the different types of NTRK fusions. In solid tumors, there’s NTRK 1, 2, and 3. To date, we’ve seen them appear with many different partners. There is not clearly a specific fusion associated with one specific type of tumor. But in general, they can occur in 2 patient populations. There are relatively rare subsets of tumors, such as secretory breast tumors; MASC (mammary analogue secretory carcinoma) tumors, which are called medullary acinic cell secretory carcinomas; and infantile fibrosarcomas, which are also rare pediatric tumors. They have been identified in very common tumors like lung cancer, thyroid cancers, and even in colorectal cancers.

Probably the most advanced agent in development right now is larotrectinib, which I think an NDA [new drug application] has been now filed for. And it’s anticipated that we will hear from the FDA very soon on whether or not that will be approved in NTRK fusion patients across all different histologies. This would be really the second tumor-agnostic approval after pembrolizumab in MSI—high tumors. The other drug that is probably just behind that is entrectinib, which is a little bit more of a dirty kinase in the sense that it also targets ALK and is less specific, but it also targets the NTRK fusion proteins. That is also looking to get an approval in NTRK fusion—positive patients.

There are other drugs that are less known, but are also in development. There’s a Daiichi compound. I think there’s a Plexxikon compound as well, and there are drugs such as Mirati’s sitravatinib, which, although NTRK is not the primary target—does seem to target NTRK. And there are other targets associated with it. What’s known is that other drugs, such as crizotinib and cabozantinib, have some off-target inhibition of NTRK, but I don’t think in publication anybody has really reported clinical data on inhibition with those drugs in NTRK fusion—positive patients.

David Hyman, MD: What’s really going to guide the prescription of these drugs is the clinical evidence base that they generate. We’ve seen with larotrectinib in the first 55-patient pivotal data set a very striking degree of activity, and I think that supports its use in any TRK fusion—positive cancer. We’ve yet to see a similar data set from the entrectinib molecule. For now, I think physicians are going to be prescribing these drugs based on their regulatory approval and the data sets that have been presented publicly. 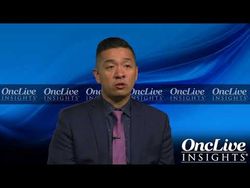 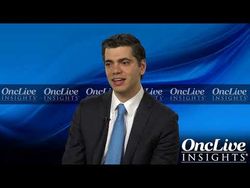 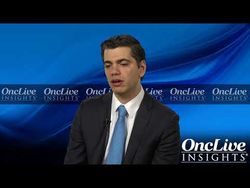 Optimal Use of NGS for TRK Inhibition