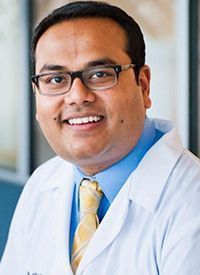 Updated progression-free survival (PFS) analysis from the phase 3 EMERALD (NCT03778931) trialdemonstrated that a longer duration on prior CDK4/6 inhibition correlated with a longer PFS on elacestrant compared with standard of care. The benefit was most pronounced among those who had ESR1-mutant disease with patients who had prior CDK4/6 inhibitor for at least 12 months achieving a median PFS of 8.6 months with elacestrant vs 2.1 months with standard of care.1

“One thing that was clear with the EMERALD [data]: If you have an endocrine-sensitive population or population where the tumors are dependent on estrogen receptor, you can see benefit with a novel agent as compared with standard endocrine therapy,” Aditya Bardia, MD, MPH, said. “[Updated data showed] the prior duration of CDK4/6 inhibitor does appear to predict for this endocrine-sensitive disease, and you can see benefit with elacestrant in this setting with the median PFS of more than 8 months in ESR1-mutant tumors.”

In an interview with OncLive®, Bardia, an assistant professor of medicine at Harvard Medical School and an attending physician at Massachusetts General Hospital, discussed the growing use of oral SERDs as part of endocrine therapy in the treatment paradigm.

What is the role of endocrine therapy in the treatment of heavily pretreated patients with estrogen receptor–positive metastatic breast cancer?

An interest in evaluating oral SERDs in the adjuvant setting where most patients have endocrine-sensitive disease [had led to] trials looking at novel oral SERDs vs standard endocrine therapy as adjuvant therapy for patients with early-stage breast cancer.

What was the design of the EMERALD trial?

The EMERALD trial was designed to investigate a novel SERD elacestrant in the second-line and [beyond] settings for patients with metastatic hormone receptor–positive breast cancer who had received prior CDK4/6 inhibitor. Patients were randomly assigned 1:1 to either elacestrant or endocrine therapy of physician’s choice, a majority of which was fulvestrant. The primary end point of the trial was PFS in all patients. The trial had another primary end point which was to look at PFS in patients whose tumors had ESR1 mutations or mutations in the estrogen receptor.

What were the key efficacy results?

Prior use of a CDK4/6 inhibitor was used as a surrogate marker for endocrine-sensitive disease, and you could see that the prior CDK4/6 inhibitor duration was associated with benefit with elacestrant in terms of PFS, whether you look at median PFS or PFS rate at 6 months, 12 months, and 18 months.

For example, for patients who had received prior CDK4/6 inhibitor for 12 or more months the median PFS was more than 8 months with elacestrant in patients with ESR1-mutant tumors compared with close to 2 months with standard endocrine therapy. [This was] a clear improvement in PFS that’s clinically meaningful and statistically significant.

What safety data are important to note especially given that these patients were so heavily pretreated?

As elacestrant is the only oral SERD with phase 3 data right now, what does this data mean for the future of oral SERDs in this population?

EMERALD was the first trial which evaluated the novel oral SERD elacestrant in the phase 3 setting; the trial overall was positive, and a [new drug application] has been filed for approval of elacestrant for patients with metastatic hormone receptor–positive breast cancer. There are other oral SERDs in development as well.

If elacestrant is approved by the FDA for patients with metastatic hormone receptor–positive breast cancer, there are 2 important points that would need to be noted. The first is that elacestrant was evaluated as a single agent; for the appropriate patient you could use elacestrant in this setting as per the FDA label. Second is that a lesser strength is given as an oral therapy [whereas] fulvestrant is given as an intramuscular shot. [Elacestrant] provides an oral option for patients in this setting and there’s interest in developing combination-based therapy. Wherever fulvestrant is used be it single agent or combination one could potentially see that being replaced by oral SERDs such as elacestrant.