Venetoclax Poised to Have Role in Myeloma, Despite Safety Concerns

Robb S. Friedman, MD, examines the developing role of venetoclax in relapsed/refractory multiple myeloma, based on the BELLINI results, and shares his anecdotal experience with the drug in the community setting. 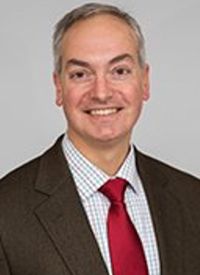 "Although venetoclax is not approved by the FDA for multiple myeloma, we are starting to use it in the community setting for myeloma that has translocation t(11;14) [and BCL-2 amplification]," said Friedman.

Despite the positive PFS data, an increased risk of death was detected in the venetoclax plus bortezomib/dexamethasone arm. Although the median overall survival (OS) in the overall population was not reached in either arm, OS favored the placebo combination (HR, 2.027; 95% CI, 1.042-3.945).

In March 2019, the FDA placed a partial clinical hold on all trials investigating venetoclax as a myeloma treatment, due to an increased risk of death in the venetoclax arm from infections that were identified in the interim safety analysis of BELLINI. In June 2019, the partial hold was lifted on the CANOVA trial (NCT03539744), which is evaluating venetoclax in combination with dexamethasone versus pomalidomide (Pomalyst) and dexamethasone in patients with relapsed/refractory myeloma.

Further, an updated analysis of BELLINI, which was presented during the 2019 ASH Annual Meeting, continued to show a favorable benefit-risk profile in patients with t(11;14).2

"We are going to see more with venetoclax in the future," said Friedman. "For the 20% of patients who have t(11;14), [venetoclax] is an important arrow in your therapeutic quiver. Different permutations may give patients the best quality of life and duration of treatment."

In an interview during the 2020 OncLive® State of the Science Summit™ on Multiple Myeloma, Friedman, a hematologist/oncologist at Massachusetts General Hospital, examined the developing role of venetoclax in relapsed/refractory multiple myeloma, based on the BELLINI results, and shared his anecdotal experience with the drug in the community setting.

OncLive: What is your experience with venetoclax?

Friedman: As a community-based hematologist/oncologist, I use venetoclax regularly in chronic lymphocytic leukemia (CLL) and acute myeloid leukemia (AML). I have a good amount of experience with the drug.

We are starting to use venetoclax in the community setting to treat a particular type of multiple myeloma that has t(11;14). Subset analyses of trials published in Blood in 2017 showed that patients who had the best response to venetoclax had t(11;14). Since venetoclax is a BCL-2 inhibitor, some patients who have BCL-2 amplification also responded.

Could you discuss the findings from the BELLINI trial?

Based on those [earlier data], a very interesting hypothesis-generating study called BELLINI was undertaken. BELLINI is a large phase III study in which patients with relapsed/refractory multiple myeloma were randomized 2:1 to venetoclax, bortezomib, and dexamethasone versus placebo, plus bortezomib/dexamethasone.

There was great enthusiasm about the BELLINI trial because earlier phase I/II data showed that some patients with t(11;14) had fantastic responses with venetoclax. These patients were heavily pretreated, and some were triple-class refractory.

In 2019, an interim safety analysis of BELLINI showed a shocking and somewhat unanticipated result that the treatment arm was doing worse than the placebo arm. There was double the rate of deaths in the venetoclax arm. It became pretty clear that [the rate of death] was due to infection. That led the FDA to stop enrollment to the trial and focus on more of a safety analysis.

With that safety signal in mind, there was a cautious restart of the trial. Eventually, it did get reported out and the results aligned with expectations. Basically, patients who have t(11;14) had marked PFS benefit; the median OS was not reached. The same was true for patients who have BCL-2 amplification, but to a lesser extent. This suggests that the 2 mechanisms may actually be independent.

Patients who did not have t(11;14) or BCL-2 amplification did not respond well [to treatment with venetoclax]. Responses were close to what was found in the placebo arm.

What is the clinical impact of the BELLINI data?

The results of the BELLINI trial are practice-changing. In fact, there have been more studies undertaken using more contemporary permeations of available agents. For example, the combination of pomalidomide and venetoclax is being investigated in the phase III CANOVA trial. Daratumumab (Darzalex) is also being investigated in combination with venetoclax in clinical trials.

It is exciting because it is a new approach. About 20% of patients with multiple myeloma have this t(11;14). We are starting to think about molecular profiling more and tailoring therapy to the individual patient.

What anecdotal evidence do you have regarding the efficacy of venetoclax in the community setting?

Around the time the FDA gave the all-clear [signal] to resume the BELLINI trial, I treated a really wonderful woman in her 70s. She had relentless IgG kappa multiple myeloma and became triple-class refractory. She was not excited about going into Boston for a CAR T-cell therapy clinical trial. I knew she had t(11;14).

There was not a good option for her, and I was mindful that triple-class refractory patients have an average survival of 3 months. I decided: Let's ask her insurance company to see if [venetoclax would be covered]. I gave her copies of the papers published in Blood and she submitted it to her insurance company. Sure enough, they approved her [for venetoclax treatment].

She had an IgM of 5 when she started venetoclax. Within 1 month, her [monoclonal] spike had dropped from 5.0 IgM to 0.3 IgM. It was incredible. She said that she felt amazing. As a matter of fact, the thing she said after [she received the treatment] was, "What took you so long?"

It is really cool when it works. We don't know how long it is going to work; the responses are sometimes well over 1 year. I don't expect it to work forever, but for now she has a new lease on life.