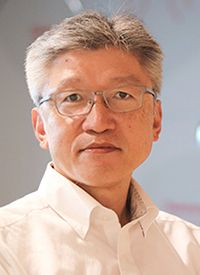 “We continue to see a favorable profile of zandelisib with intermittent dosing that aims to balance efficacy and safety in Japanese patients who have been heavily pretreated,” Yoshifumi Torii, PhD, executive officer, vice president, and head of R&D Division at Kyowa Kirin, stated in a press release. “These results are consistent with the data of the similarly designed [phase 2] TIDAL study [NCT03768505] already announced in November 2021. We remain committed to maximizing the value of zandelisib in B-cell malignancies with our partner MEI Pharma and bringing hope to lymphoma patients around the world."

In the TIDAL trial, single-agent zandelisib demonstrated an ORR of 70.3% by an independent review committee assessment in patients with follicular lymphoma (FL) patients who received at least two prior systemic therapies (n = 91). Notably, 35.2% of those patients achieved a CR.

The multicenter, open-label, single-arm MIRAGE trial evaluated zandelisib monotherapy in Japanese patients at least 20 years of age with relapsed/refractory iB-NHL who received at least 2 prior systemic therapy. Patients were not permitted to have prior treatment with PI3K or BTK inhibitors, and they needed to have an ECOG performance status of 0 or 1.2

Patients with iB-NHL categorized as SLL, LPL, or Waldenström macroglobulinemia by WHO classification were not allowed to enroll. Other exclusion criteria included histologically confirmed FL Grade 3b transformation from FL to an aggressive lymphoma at least once, lymphomatous involvement of the central nervous system, uncontrolled clinically significant illness, or active or a history of interstitial lung disease.

The median age of enrolled patients was 70 years, and the median number of prior therapies was 3 (range, 2-9).