Challenges Remain Amid Advances in RCC and Prostate Cancer 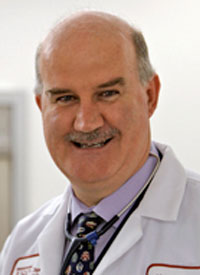 An increased understanding of the molecular markup of renal cell carcinoma (RCC) has allowed investigators to develop effective targeted therapies, but there is still a wealth of knowledge needed before patients can truly receive individualized treatment approaches, said David I. Quinn, PhD, MBBS.

, Quinn discussed the molecular diagnosis of RCC and also highlighted emerging therapies in the treatment of patients with different subtypes of prostate cancer.

OncLive: How much is known about the biology of RCC?

Quinn: It's important for us to understand that the modern therapeutics that are available in RCC are predicated on what we've learned about the molecular makeup of the cancer. RCC is particularly driven by pathways such as angiogenesis, mTOR, and an altered immune system that is targetable in most cases. Those 3 factors are very significant when it comes to understanding the therapy of RCC. They are also important when it comes to understanding some underlying principles of treatment. When you're looking at a diagnosis of someone with RCC, that patient might have an underlying germline alteration that will distinguish the behavior of the cancer and some of the treatment. There are particular clinical characteristics that could help us there, but then we have to get the patient tested, counseled, and followed up.

The other issue is the question of whether or not biomarkers in RCC tissue currently help us inform treatment at the moment. The answer is that they don't, but there are some very important proofs of principle related to different therapies that are starting to emerge.

What are the pathways and targets that have shown the most promise in terms of being paired with treatment?

For a long time, we have looked at the VEGF-targeted agents, mainly the VEGF TKIs. First, we had sorafenib (Nexavar) and sunitinib approved by the FDA for RCC, and then we have had a subsequent plethora of agents that target either VEGF or other specific pathways. For example, cabozantinib (Cabometyx), a more recently approved agent, also targets MET and AXL. We've been looking to tie those molecular alterations up with therapies that target them. We have seen limited success over the last 20 years or so. For example, we've looked at hypoxia-inducible factor-2 in patients treated with sunitinib. Initial results from a small study suggested that would help us but in actuality, it doesn't. The truth is in the totality of the assessment. It probably isn't going to be an individual molecule that will help us—more likely it will be patents and signatures.

Where do we stand in terms of identifying biomarkers in RCC?

At the moment, we're not doing very well. We may end up with a situation where we need to have a marker in order to give certain therapies, such as PD-L1 expression or elevation in the tumor-infiltrating immune cells. However, that’s not certain as of yet. If an oncologist is given the opportunity to use a biomarker or not, they generally will not, unless there is a big advantage to using that marker.
... to read the full story
To Read the Full Story
REGISTER
LOG IN