Dr. Ritchie on the Rationale of the AIM Trial in Relapsed/Refractory MCL

Dr. Goy on Combinations With Novel Agents in Relapsed/Refractory MCL

Dr. Ramakrishnan on Use of CAR T-Cell Therapy in MCL
News >

Deferred Treatment Beneficial in Some Patients With MCL 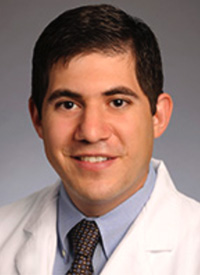 Mantle cell lymphoma (MCL) is widely described as an aggressive disease for which there is no cure. However, there is a subset of patients with MCL who may benefit from deferred treatment after initial diagnosis, according to Jonathon B. Cohen, MD.

OncLive: What was the aim in conducting this analysis?

Cohen: Historically, MCL has been thought to have been an aggressive disease. In the past, the expected survival was only about 3 to 5 years. However, what we have found over the last several years is that there are some patients who present with MCL and have no symptoms and actually a very low burden of disease. In some instances, these are patients who have disease primarily in the bone marrow and the blood, and may not necessarily have a lot of disease in their lymph nodes.

One of the challenges we have had with the management of this disease is that, because it has historically behaved so aggressively, we feel everybody must get aggressive therapy upfront. Then there are these patients with lower-grade disease, clinically, and it just doesn't make sense to treat them so aggressively. Several years ago, there was a study published by the group from Weill Cornell Medicine by Dr Peter Martin, which looked at their own experience in observing patients with MCL who had no symptoms at the time of diagnosis. It appeared that those patients did just as well as patients who were treated right at the time of diagnosis. We did a larger study where we collected data from 5 centers instead of just 1, to try to assess the role of deferred therapy, and to determine whether it is a safe approach for patients with MCL.

What were the findings observed?

We found that a little less than one-fifth of all patients received deferred therapy. The way we defined this was by saying that any patient who did not initiate any sort of chemotherapy within 3 months of their diagnosis was felt to have been deferred. This means that those patients were purposefully not getting treated. Again, we found that in about 18% of patients.
... to read the full story
To Read the Full Story
REGISTER
LOG IN