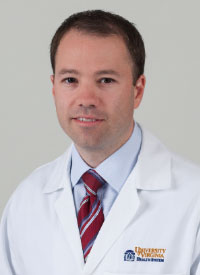 Although immunotherapy and targeted agents are revolutionizing the treatment paradigm in metastatic non–small cell lung cancer (NSCLC), chemotherapy retains a vital role for the majority of patients, according to Ryan D. Gentzler, MD.

OncLive: Does chemotherapy have a role in the frontline treatment of metastatic NSCLC?

Gentzler: This has been an evolving field, particularly in the last several years—maybe even just the last 6 to 12 months. The theme of my talk was what role chemotherapy has in our treatment of this disease. There has been a lot of progress in the last decade or so of moving away from chemotherapy. We've now identified multiple oncogenic driver mutations that exist in lung adenocarcinoma [that we’re] able to successfully pair a targeted therapy to. We have been able to delay the need for chemotherapy in a large portion of patients.

What we found in the data that have been released over the last year or so is that chemotherapy still seems to have an important role. When we add chemotherapy to an immunotherapy regimen it seems as though there may be a better chance of response or a longer duration of response. Several studies have looked at chemotherapy as a backbone with immunotherapy. Now, trials are showing OS improvement by adding PD-1/PD-L1 drugs to standard chemotherapy.

What chemoimmunotherapy combinations are we looking at?

There are several immunotherapy/chemotherapy combinations that have been looked at. The KEYNOTE-189 trial looked at pembrolizumab plus chemotherapy. There was a similar trial that was for patients with squamous cell lung cancer that looked at platinum-doublet chemotherapy plus pembrolizumab; that was the KEYNOTE-407 trial. That study also showed a survival improvement in that group. There has been a combination of chemotherapy plus atezolizumab (Tecentriq) plus bevacizumab (Avastin) that has also resulted in an OS improvement compared with chemotherapy alone.
... to read the full story
To Read the Full Story
REGISTER
LOG IN