Melflufen Continues Advance Through Myeloma Pipeline
Related Videos
Dr. Richardson on the Mechanism of Action of CC-92480 in Multiple Myeloma

Medication Supplements Prior to IV Administration

Dr. Lonial on the Importance of Early Intervention in High-Risk Smoldering Myeloma
News > 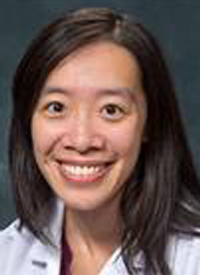 Sandy W. Wong, MD
Patients in late relapse comprise one of the largest unmet needs in multiple myeloma, said Sandy Wong, MD, but added that monoclonal antibodies and antibody-drug conjugates (ADCs) are the biggest potentially practice-changing agents in this setting.

State of the Science Summit™ on Hematologic Malignancies, Wong discussed emerging agents being explored for the treatment of patients with multiple myeloma in late relapse.

OncLive: What are some of the agents being explored for patients in late relapse?

Wong: There are a lot of clinical trials being studied in that population right now. It is also the population of greatest unmet medical need. The first trial I went over was a daratumumab-based trial. Daratumumab has been used in multiple different combinations in both the newly diagnosed as well as in the relapsed setting.
... to read the full story
To Read the Full Story
REGISTER
LOG IN