Dr. Park on the Benefit of Trastuzumab Deruxtecan in HER2+ Breast Cancer
News > 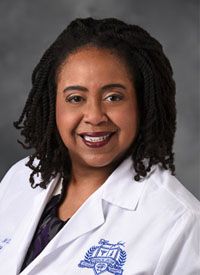 Shortened and more concentrated whole-breast radiotherapy following mastectomy has demonstrated noninferiority to standard radiotherapy in women with advanced breast cancer and in younger patients who require treatment for their lymph nodes.

OncLive: Can you discuss the state of radiation therapy in breast cancer?

We now have data showing that we can use [radiation] in more advanced disease over a shortened treatment time after mastectomy, as well as in younger patients or in those who need to get their lymph nodes treated without additional AEs over the standard.

In the European studies, was there a difference in tolerability or efficacy?

No. In longer-term follow-up, we saw that the toxicity was not any worse than [the standard] and, in some cases, the acute AEs were better than the standard. That's beneficial to patients. They don't have to worry that if they go too fast, they’re going to get more skin reaction, more pain, and burn. Patients will get that with the standard, but it has not increased [with the shorter time]. In some cases, it's definitely less [with the standard].

Are there patients who may not benefit from the altered-fractionation approach?

Yes. You might want to consider giving patients who have had infections afterwards, or women who get implants or expanders put in following a mastectomy, standard as opposed to hypofractionated radiation.
... to read the full story
To Read the Full Story
REGISTER
LOG IN