Dr. Alva on TKI Monotherapy and Combinations for RCC

Dr. McDermott on the Use of PD-1 Inhibitor Combos in mRCC
News >

FDA Recommends No NDA for Tivozanib in RCC 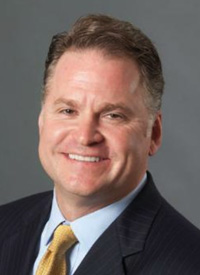 The FDA has recommended that Aveo Oncology should not submit a new drug application (NDA) for tivozanib (Fotivda) with the preliminary overall survival (OS) data from the phase III TIVO-3 trial of patients with highly refractory, advanced or metastatic renal cell carcinoma (RCC).1

However, in June 2013, the FDA rejected an application for tivozanib in RCC after concluding that the TIVO-1 findings demonstrated inconsistent PFS and OS data, adding that there was also an imbalance in poststudy treatments used; this made the findings and the efficacy of tivozanib compared with existing therapies difficult to interpret. Additionally, the FDA found the risk-benefit assessment inconclusive. This rejection followed the FDA’s Oncology Drugs Advisory Committee recommendation, which voted 13 to 1 against approving tivozanib.