HER2+ Breast Cancer Paradigm Slated to Expand With Novel Therapies 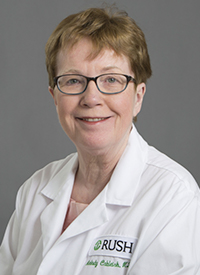 On the heels of practice-changing data from the KATHERINE trial, Melody A. Cobleigh, MD, explained that the pipeline is bursting with new agents that have the potential to further revolutionize treatment for patients with HER2-positive breast cancer.

State of the Science Summit™ on Breast Cancer, Cobleigh, a professor of medical oncology at Rush University Medical Center, shed light on novel treatment approaches for patients with HER2-positive breast cancer that are under investigation as well as strategies that have already been incorporated into practice.

OncLive®: How have the data from the KATHERINE trial with T-DM1 impacted the field?

Cobleigh: The KATHERINE trial is groundbreaking in that it proved, for the first time, that you could use non-pathologic complete response (pCR) to identify the activity of a drug. Patients who did not have a pCR to HER2-based neoadjuvant therapy plus chemotherapy were randomized to receive T-DM1 versus trastuzumab. In the patients who received T-DM1, the rate of recurrence was cut by 50%.

It's not just that though; it's a conservation of patient resources. When you conduct adjuvant therapy trials to ask a similar question, you need twice the number of patients [to participate]. For example, in the APHINITY trial, 4000 patients were needed to show a small benefit. Here, 2000 patients were needed to show a large benefit. It's not necessarily that these drugs are more active, but that we're targeting patients who actually need the treatment. I have no doubt that the KATHERINE data will reduce the use of trastuzumab in patients who have not had a pCR [following neoadjuvant therapy].

What are some of the TKIs currently under development?

There are several TKIs that are being evaluated in clinical trials. Hopefully, they will be more effective or less toxic than the ones we have available now. Since they're in clinical trials, we can't definitively discuss their effectiveness. However, some of these agents have shown promise in phase II trials, and many of them are in phase III trials now.

Are there any notable ADCs under investigation?

There are a several ADCs in development. For example, the Daiichi Sankyo compound, known as trastuzumab deruxtecan, has shown some very promising results. There are 3 ongoing phase III trials that will tell us where this drug will end up [in the paradigm]. The interesting thing about the ADCs is that these agents basically offer a safer way to give chemotherapy. That is not to say that they're not without toxicity. Understanding better ways to deliver these compounds to reduce toxicity is the focus of a lot of research right now.

Are these agents being investigated as single agents or in combination?

Both. For example, let's take tucatinib. That medication is being investigated in combination with trastuzumab and capecitabine in a randomized, placebo-controlled trial to see if we can add to the benefit of trastuzumab and chemotherapy.
... to read the full story
To Read the Full Story
REGISTER
LOG IN