Pandemic Poses a Crucial Moment for Science and the Public Trust

Dr. McKay on Adapting Treatment for Patients With Cancer in COVID-19 Era
Dr. Scagliotti on Preventive Measures to Reduce COVID-19 Risk in Oncology 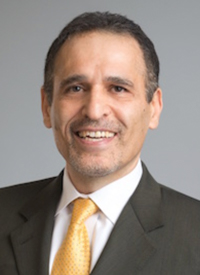 The first 2 patients with COVID-19 have received treatment in a phase II trial exploring the investigational agent leronlimab (PRO 140), a CCR5 antagonist which has been advancing through the pipeline as a treatment for patients with triple-negative breast cancer (TNBC).1

Enrollment in the phase II COVID-19 study, which is accruing patients with mild-to-moderate symptoms, is expected to speed up at multiple clinical sites this week, CytoDyn, the company developing the agent, reported in a press release. The double-blind phase II study, which plans to accrue 75 patients, is randomizing individuals to leronlimab or placebo. Enrollment will occur at up to 10 clinical sites in the United States.

The company also reported in the press release that 15 patients with COVID-19 with severe symptoms have been treated with leronlimab under the FDA’s emergency investigational new drug (EIND) program. The treatment was administered in patients at 4 hospitals, including a major medical center in New York City.