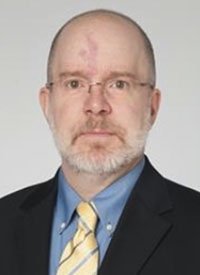 Not all patients with advanced non–small cell lung cancer (NSCLC) are recommended for genomic testing when treated in a community setting, and are therefore not being appropriately tested for potential molecular drivers of their disease, explained Nathan Pennell, MD, PhD.

In a retrospective study of 1203 patients with stage IIIb or IV NSCLC treated since January 1, 2017, records were manually reviewed to find evidence of molecular testing and targeted treatment. Between 11% and 54% of the identified patients had any evidence of testing for at least 1 of 7 genes recommended for testing by the National Comprehensive Cancer Network at the time: EGFR, ALK, ROS1, BRAF, RET, MET, and ERBB2 (HER2). The genes EGFR, ALK, ROS1, and BRAF can be targeted with FDA-approved treatment options while the rest have investigational agents being tested in ongoing studies.