Dr. Lagunes on Potential Combinations in the Treatment of Patients With NETs

Dr. Usmani on Importance of CASTOR/POLLUX Trials in Myeloma
News > 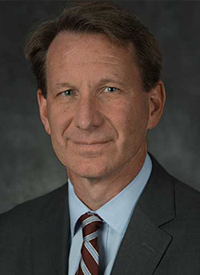 National Cancer Institute (NCI) director Norman (Ned) E. Sharpless, MD, has been named as acting commissioner of the FDA once Scott Gottlieb, MD, leaves the regulatory agency in April 2019, according to an announcement by the Health and Human Services Secretary (HSS).1