Dr. Robson on the Application of Precision Medicine in Breast Cancer

Dr. Tauer on the Expansion of Subtyping in Breast Cancer
News > 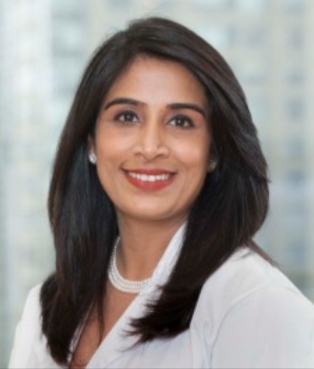 Encouraging findings with checkpoint inhibition, PARP inhibitors, and antibody-drug conjugates are steps forward in changing the outlook for patients with metastatic triple-negative breast cancer (TNBC), according to Komal Jhaveri, MD.

State of the Science Summit™ on Breast Cancer Jhaveri, a medical oncologist at Memorial Sloan Kettering Cancer Center, discussed the 3 major classes of drugs showing potential in the TNBC pipeline.

OncLive®: The IMpassion130 trial showed the potential of immunotherapy in TNBC. Could you discuss that study?

Jhaveri: TNBC, unlike melanoma, lung cancer, or renal cell carcinoma if you will, is certainly lagging behind when it comes to getting approvals for immunotherapy. But finally, we have some exciting data we heard at the 2018 ESMO Congress, which has now been published in the New England Journal of Medicine by Peter Schmid and colleagues from the phase III randomized IMpassion130 trial. This evaluated the role of first-line therapy for patients with metastatic disease who did not have any other treatment, and they either received standard of care nab-paclitaxel or atezolizumab in combination with nab-paclitaxel.

While we saw a clinically meaningful improvement in OS in the PD-L1–positive subgroup, statistically significance could not be claimed due to the hierarchal testing for that group. Having said that, a 25-month median OS in the first-line setting is rather unprecedented and not trivial for this difficult and rather aggressive subtype of breast cancer. We are excited about these data.

Do these findings pave the way for more immunotherapy regimens?

These data are very exciting and the very first step forward for the role of immunotherapy for our patients with metastatic TNBC, but we have ways to go and millions of other things that we need to understand better. While in this trial, we saw that the benefit was more so in the PD-L1–positive group, but PD-L1 positivity itself is not really a very robust [marker], nor is it the only solution to a puzzle. It’s just a piece of the big puzzle of how to harness the immune system and unleash the immune system against tumors.
... to read the full story
To Read the Full Story
REGISTER
LOG IN