Burnout in Doctors and Mitigation Strategies

Dr. Chagpar on Limiting the Spread of COVID-19

Dr. Shah on the Role of Immunotherapy in Gastroesophageal Cancer
News > 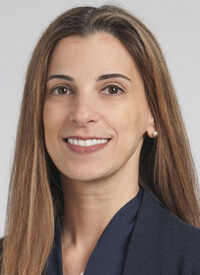 The phase III MONALEESA-7 trial examined ribociclib (Kisqali) and endocrine therapy in previously untreated pre- and perimenopausal women. Updated data showed that, at a median follow-up of 42 months, 70.2% of patients who received the combination were alive versus 46% of patients who received endocrine therapy alone, which translated to a 29% reduction in the risk of death (HR, 0.71; 95% CI, 0.54-0.95; P = .0097).1

Additionally, results of the SOLAR-1 trial showed that the addition of the PI3K inhibitor alpelisib (Piqray) to fulvestrant (Faslodex) improved progression-free survival (PFS) compared with fulvestrant alone for postmenopausal patients with HR-positive, HER2-negative breast cancer and harbor PIK3CA mutations. The median PFS was 11.0 months versus 5.7 months with fulvestrant alone at a median follow-up of 20 months, which led to a 35% reduction in the risk of disease progression or death (HR, 0.65; 95% CI, 0.50-0.85; P = .00065).2