Dr. Abou-Alfa on Progress Made in Hepatocellular Carcinoma
News > 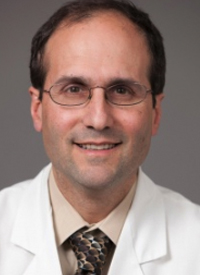 One of the most exciting options for the management of patients with neuroendocrine tumors (NETs) is peptide receptor radionuclide therapy (PRRT), said Michael Morse, MD, FACP, MHS, who added that the significant activity for this approach now raises important questions about sequencing of the growing list of therapies.

State of the Science Summit™ on Gastrointestinal Malignancies, Morse, a medical oncologist at Duke Cancer Institute, highlighted the importance of PRRT in the management of patients with NETs and identified significant unmet needs that will need to be addressed in order to continue advancement in the space.

OncLive®: What is some recent progress that has been made in NETs?

Morse: The big excitement for everyone, of course, is that the FDA, at the beginning of last year, approved Lutathera. Obviously, it took some time to get things up and running. Insurance companies have to get up to speed with realizing that this drug is out there and what its benefits are, but finally, toward the end of the year, we were starting to see more insurance approvals, and so, we're beginning to treat more patients with it. Patients have heard about it; they're clearly asking for it.

Could you expand on the use of PRRT in this space?

One of the big new areas in NETs is the use of PRRT. The concept is that there's a molecule called DOTA-TATE which is a peptide, that is very much like octreotide to which is bound a chelator. In the case of Lutathera, the chelator holds the beta-emitter Lu177. The DOTATATE binds to the somatostatin receptors on NETs and delivers the radioactivity. It’s a systemic therapy as opposed to another form of radiotherapy that is sometimes given to NET patients, such as yttrium-90 (Y-90) radioembolization, which is just directed at the liver. [Lutathera] is a systemic therapy, and so, it's ideal for patients who have multifocal disease even outside of the liver.
... to read the full story
To Read the Full Story
REGISTER
LOG IN